Why would you want to water cool your PC?

Your PC is doing its job, crunching numbers by the millions without complaint. It runs your games, streams your media, and keeps all your files neatly sorted for ready access.

So why would you want to introduce liquid cooling into the equation? It seems counterintuitive to mix liquid and active electronics, but there are reasons to do it.

A little physics primer is in order to start things off. Cooling is heat transfer. We can’t eliminate heat, but we can move it from one place to another. In PC cooling (water or air), we move the heat from the critical components in our PC to the surrounding air.

The transfer medium is key here. There are three main factors at play in heat transfer:

1 - Thermal conductivity: How efficiently a material can conduct heat.

2 - Specific heat capacity: How much heat a substance can absorb before it actually raises in temperature.

3 - Density: The more of a material you can cram into a given space the more effectively it will conduct.

Let’s take a look at how our two cooling materials compare in these areas. 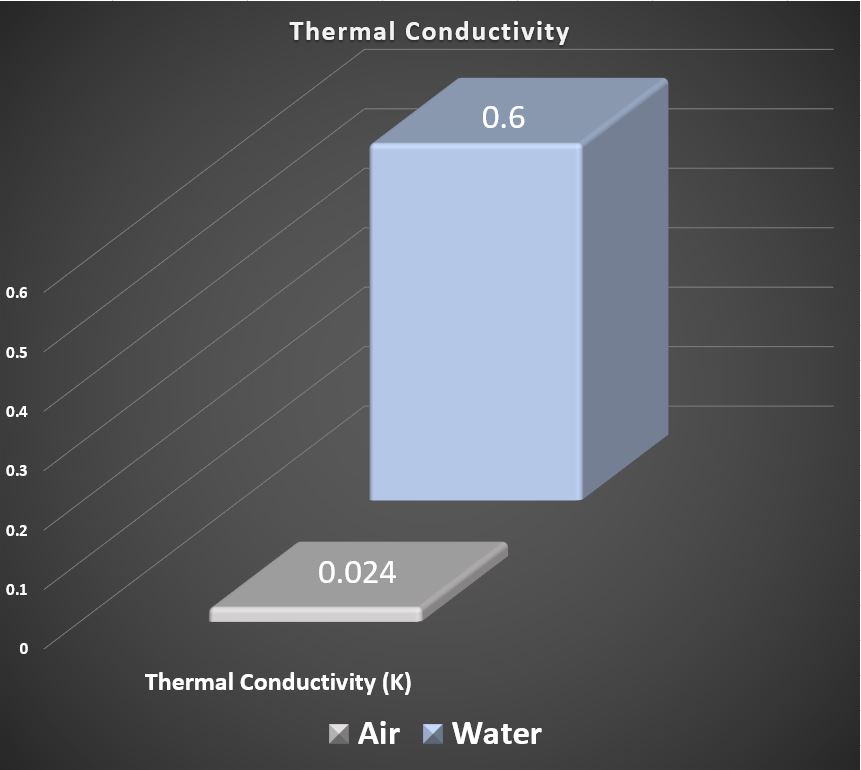 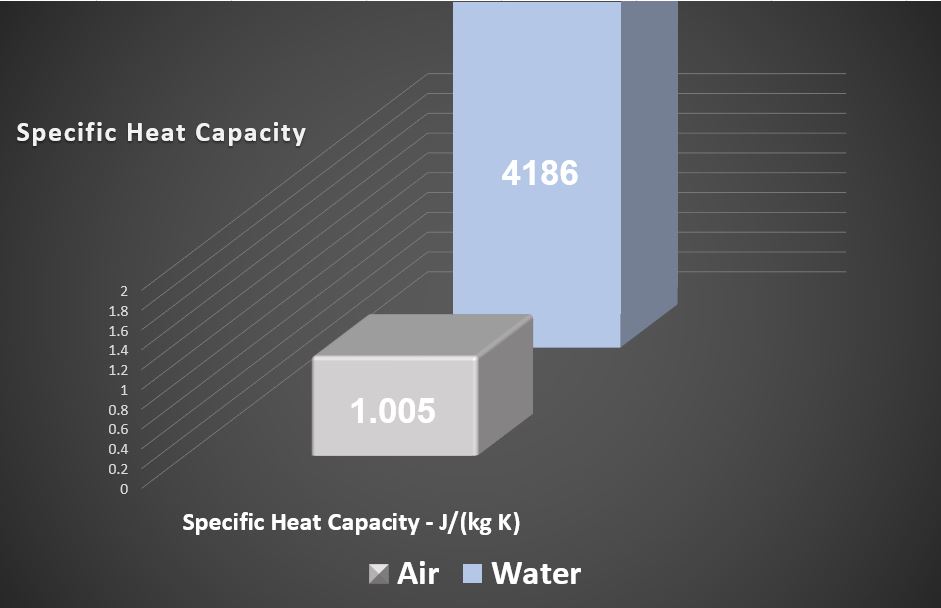 It takes over four thousand times as much heat to raise the temperature of a gvien mass of water as it does the same mass of air. 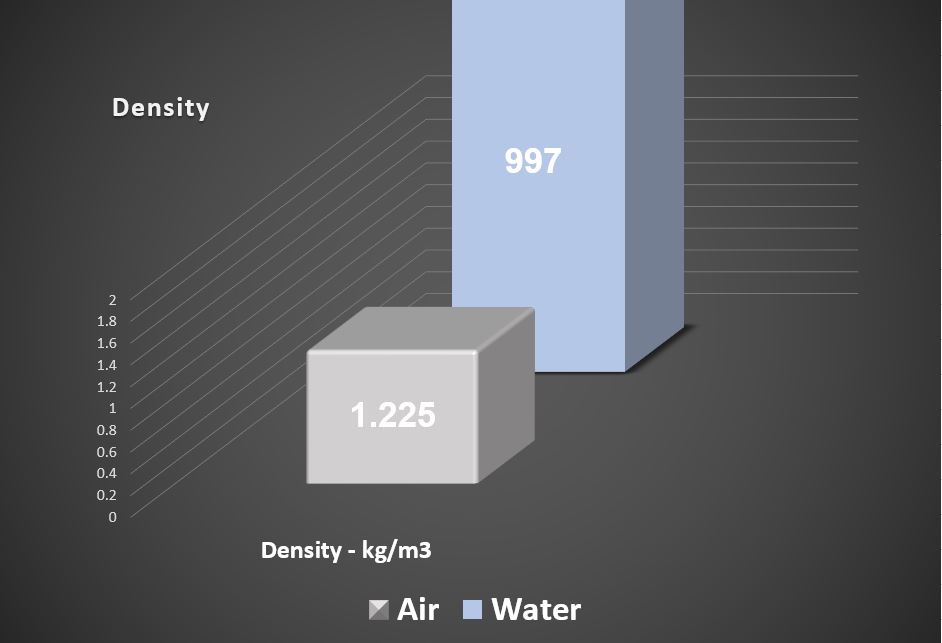 All of that is simply to demonstrate just how effective water cooling can be, so when we finally get into the reasons why people would want to use water to cool their PC you’ll understand the advantages a little bit better.

Modern CPU and GPU dies contain billions of transistors, and those microscopic parts are constantly passing electricity amongst themselves to fill your computational needs. All that electrical traffic means heat, and heat is a killer. According to a study done by the US Air Force Avionics Integrity Program, over 50% of electronics failures are caused by high temperatures. 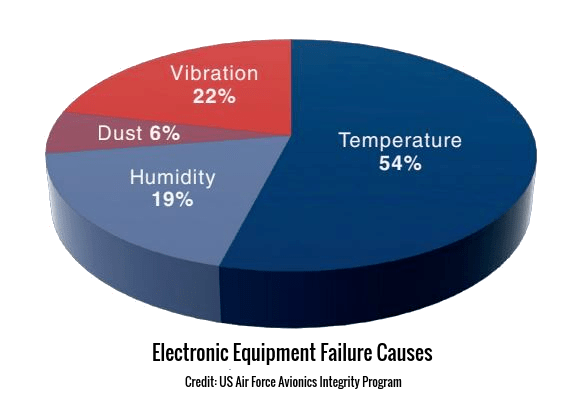 Keeping your PC’s working parts cooler makes them last longer. Maximizing service life is one of the key reasons people choose to use liquid to cool their PC.

Of course, your PC may be keeping its heat loads well under control with your choice of air cooling. Air coolers have come a long way in a short time. If your temps are where you like them, why would you want to switch to liquid cooling?

Another advantage of the efficiency of water cooling is the need for less air flow. Even liquid cooling is air cooling really. It simply moves the heat from your PC to the liquid and then to the surrounding air through the radiator. A radiator is in effect the same thing as the heat sink on your air cooler.

According to Comair Rotron, a global provider of air-moving and thermal solutions, the equation for fan noise vs speed looks like this:

Noise is a big reason that people decide to switch to water cooling.

There’s another advantage that we can make use of in the cooling efficiency that water gives us. If we opt to use water cooling on our PC and keep our fans just as noisy as they were when we were air cooling, we’ll move a lot more heat.

So if water cooling is efficient enough to keep our PC cool with less air, why would we use more?  The only logical reason to do that would be if we planned to increase our heat load. Why would we do that?

Overclocking can offer improved performance from your hardware in exchange for some time and patience. The tradeoff of increasing the functional speed of your hardware is heat.

If we make all those transistors work harder they get hotter. 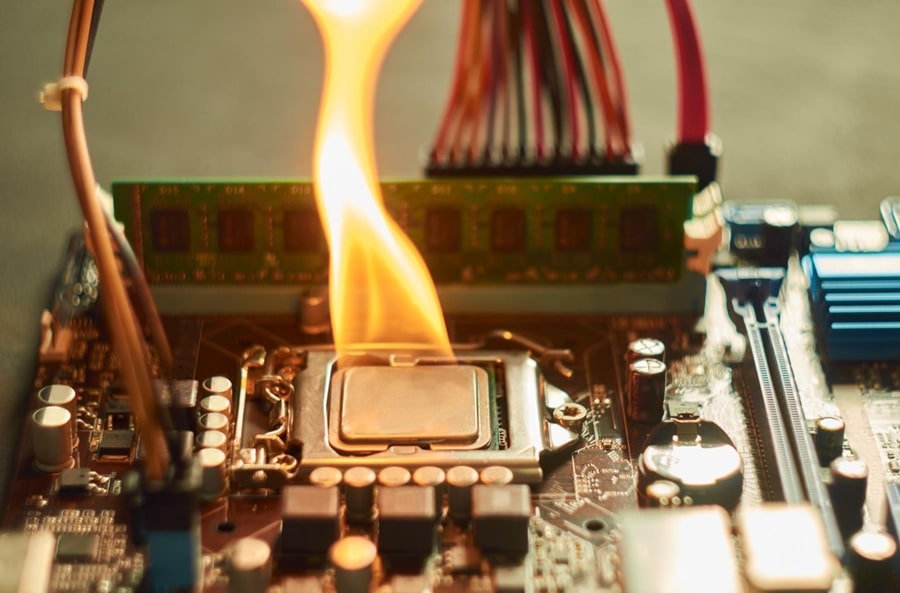 Heat is the enemy.  Warning: Never do this.

So for example, if I’m able to keep my CPU temps down in the 50’s under load at stock speeds with my fans turning slowly enough to be inaudible, I should be able to keep that same CPU at the same temps when it’s overclocked by increasing my air flow.

That’s an oversimplification to be sure but the concept is solid. Increased air flow on a more efficient system will increase heat transfer, allowing higher heat loads at the source without increased temperature.

Those are all functional reasons to get into PC water cooling, but there’s another popular reason that many choose to take the dive: appearance.

There’s something downright mesmerizing about a well-executed custom water cooling loop. Elegant. Futuristic. Sleek. All of these terms apply, and there are as many more as there are systems out there.

Customization and creation are passions that many in the PC water cooling circle share. We’ll gladly talk about our system and yours and share information and techniques with any who ask. 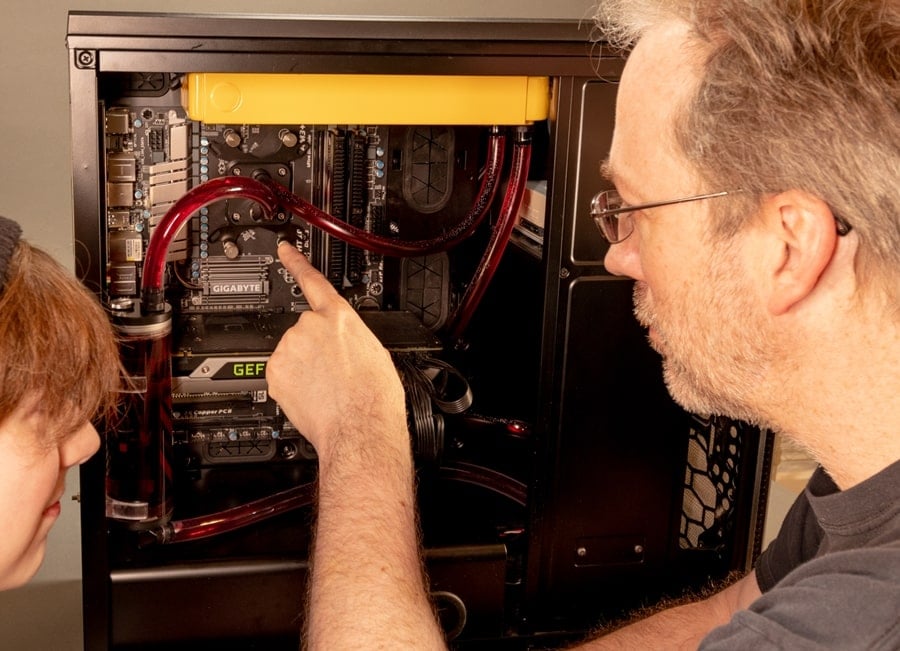 Working with my daughter on her first custom water loop. She's hooked already.

Clearly there are many reasons to consider liquid cooling for your PC, whether they’re functional, aesthetic or both. What we haven’t addressed yet are the reasons that many people see not to get into water cooling.

In the case of a custom water loop that statement can’t be denied. Compared to even high-end air cooling, water cooling will cost more, at least at the start.

When we consider cost though, we should consider everything.

If your expensive hardware lasts longer due to consistently lower temps, shouldn’t that offset the cost of your custom loop?

If you manage to be more productive because your PC is performing better thanks to overclocked speeds, how is that factored?

How do you begin to calculate the value of a quieter and more enjoyable PC?

I’d argue that the term ‘complicated’ is relative. Effective water cooling loops can be made that are as simple as three major components and tubing between them. It can be as complex as you want to make it, but it’s really not required. 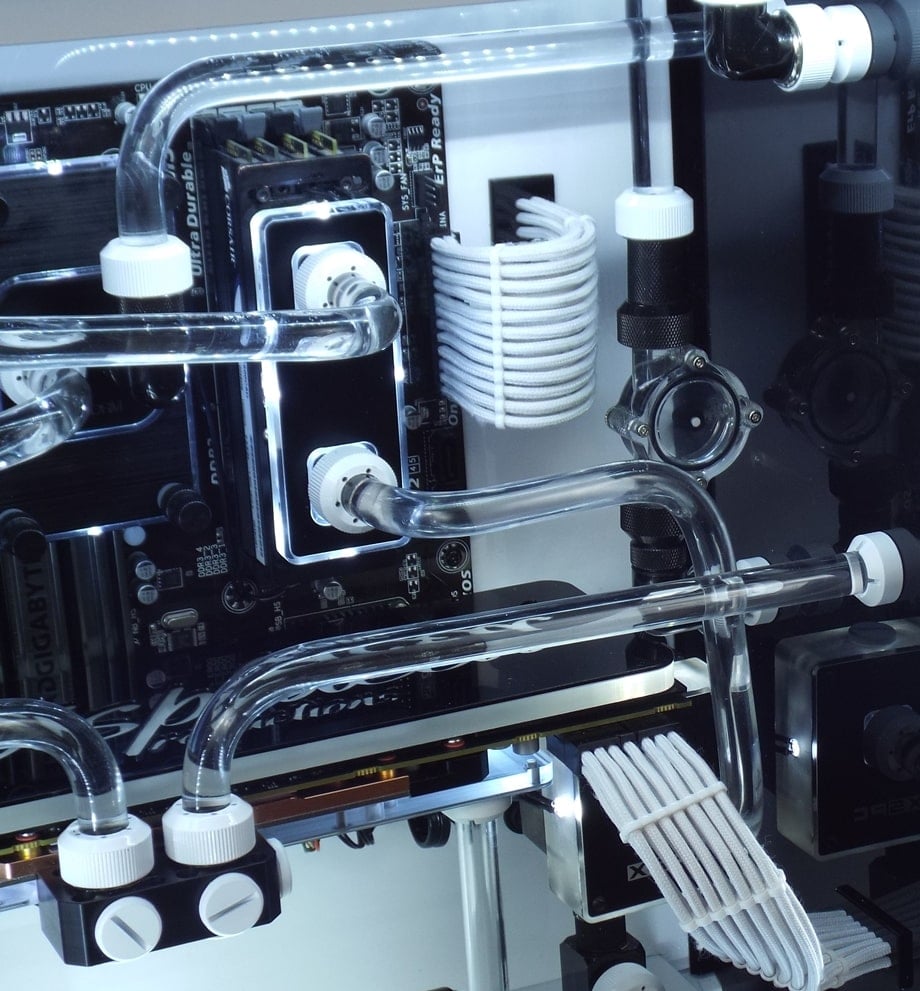 “Putting water inside a PC is stupid!  What if it leaks?”

Leaks are bad. Potentially catastrophic. Remember though, that companies that make the components that we use in PC water cooling have spent a lot of time and money making their products as easy to use and as reliable as possible. Nothing gets a company bad press faster than a damaged PC due to a defective part. If you’re careful with the construction of your water loop and leak test it like you should be the risk of leakage is minimal.

“Water cooling systems are a hassle to maintain.”

Here again, ‘hassle’ is relative. While it’s true that water cooling systems require more maintenance than air coolers, normal maintenance is fairly simple and only done annually to semi-annually. One to two days a year isn’t much to ask for the benefits gained.

There are challenges to custom water cooling to be sure, but the benefits are substantial. You’ll have to decide if they’re substantial enough.

The middle ground: the All-In-One

A 240mm all-in-one water cooler.  AIO coolers bring many of the advantages of liquid cooling to people who aren’t quite ready or willing to dive into a custom walter cooling system.

All-in-one coolers, known as AIO’s, provide many of the benefits of water cooling while keeping many of the better aspects of using an air cooler.

All-In-One units are as the name suggests a single unit. Pump, water block, radiator, fittings, tubing and even coolant are all preassembled and prefilled, ready to install in your PC.

They install as easily as an air cooler – indeed more easily than some of the more imaginative air coolers out there.

Anti-corrosive and biocide additives in the coolant make them maintenance free, and factory seals that you never have to open or adjust make the likelihood of leaks very small.

Smaller AIO units can be had for less than the cost of high-end air cooling.

The All-In-One water cooling unit was designed for people who wanted the benefits of water cooling without the drawbacks. They succeeded in many ways, and they’re a very popular cooling option.

Keep in mind though that there are tradeoffs in everything. Even the best All-In-One unit won’t perform as well as a well-planned and well-executed custom water loop.

We hope we’ve been able to answer some of the aspects of the question we posed at the beginning: Why water cool your PC?

Now that we’ve covered the question “Why?”, our Water Cooling Basics series will be moving on to “How”.

And that’s a much larger question.