It’s time for the next Featured Rig from Titan Rig! We are please to showcase Featured Rig #8 from veteran PC modder Stephane Beaulieu, aka snef. snef has been building custom liquid cooled PCs for well over a decade and it shows in this incredible scratch build! Be sure to let us knnow what you think in the comments! 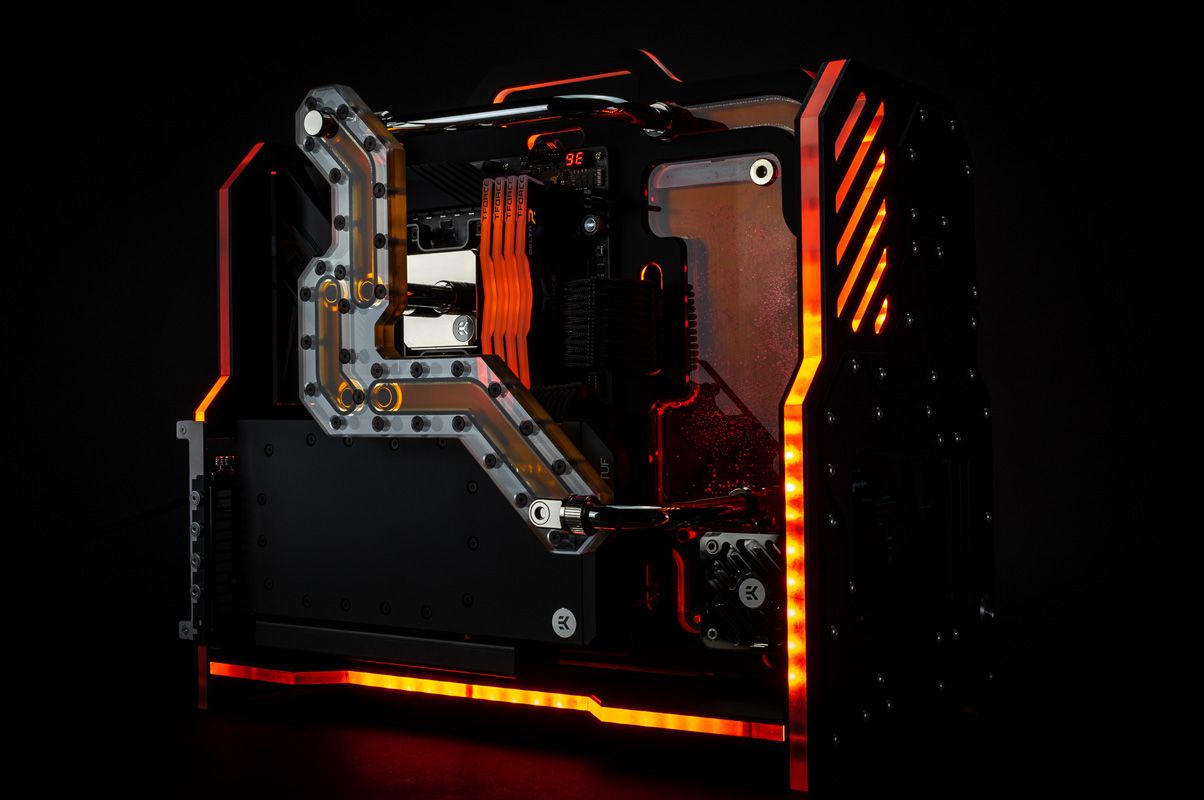 This is an amazing piece of work! Does it have a name?

Not really. It was made for the Asus Booth at CNE and Pax West
but I need to come up with one.

How did you come to be making it for Asus?

I’ve been working with Asus since 2015, and a bit longer with EK.

Since 2016, Asus as always asked me to do a build for them for CES, Computex, or some other special event or the launch of a new product. They use them for photos on their new product page on their website.

The pandemic slowed down the special events but I’ve kept making things for their product pages.

This one was a little different. I contacted them for a special project I had in mind (this build) and they asked me if they could feature it at the CNE event late august. When when they saw the build they asked if they could have it for PAX West.

Awesome! Always great to be recognized for your work.

The whole case is made of acrylic. I used a lot of 3mm thick matte black, some clear 8mm and some 10mm. I used 12mm for the reservoir. 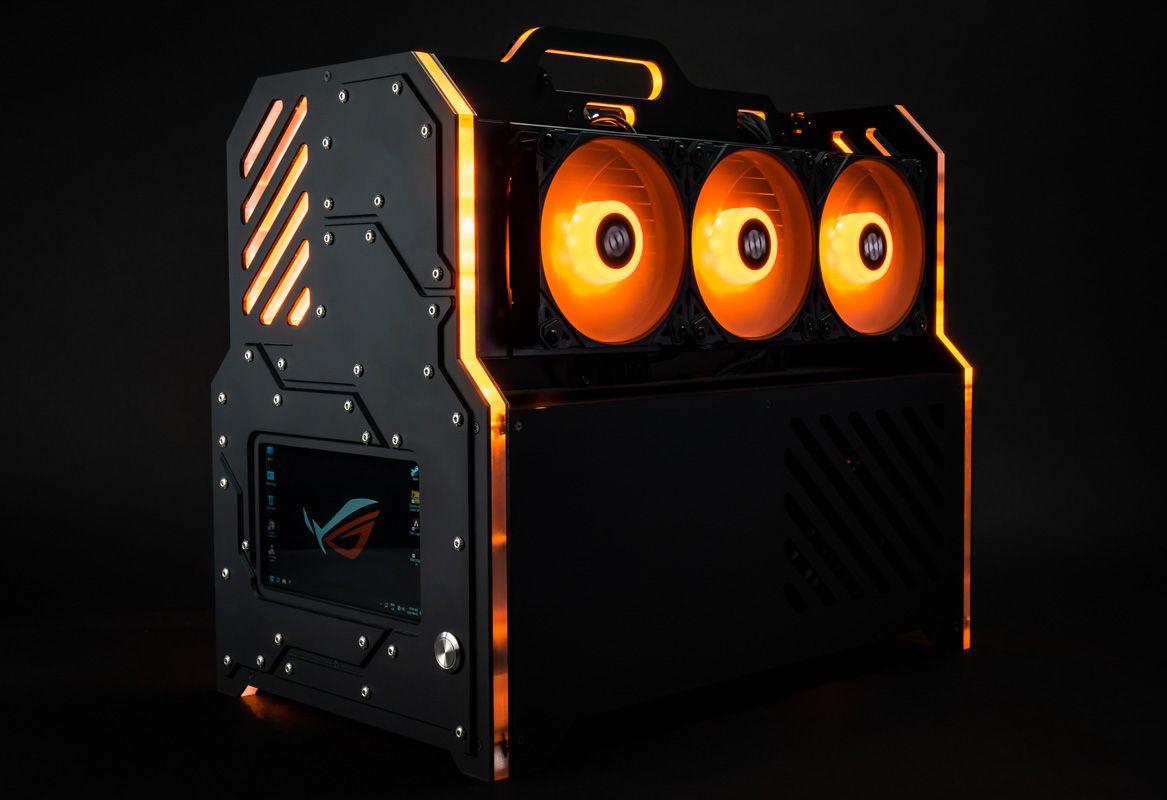 The angled shapes on the front of the machine really give it a defining look. Are those purely cosmetic, or are they covers for something?

Those are cosmetic. I got the inspiration from armored tanks. I saw all these added metal plates and thought it would look good.

The distribution plate on the side is clearly custom and replaces the tubing that would have been there otherwise – it’s another defining part of this build. What goes into designing and making something like this?

I’m not a fan of tubing everywhere. I like my builds really clean with as little tubing showing as ss possible. I have to have some though - it’s a watercooled build.  J

The main inspiration for that distro plate came from 5 or 6 years ago, from another modder called BrodHolm. His build named Wings X99 used something like it.

I was sure this will fit exactly my need and style, 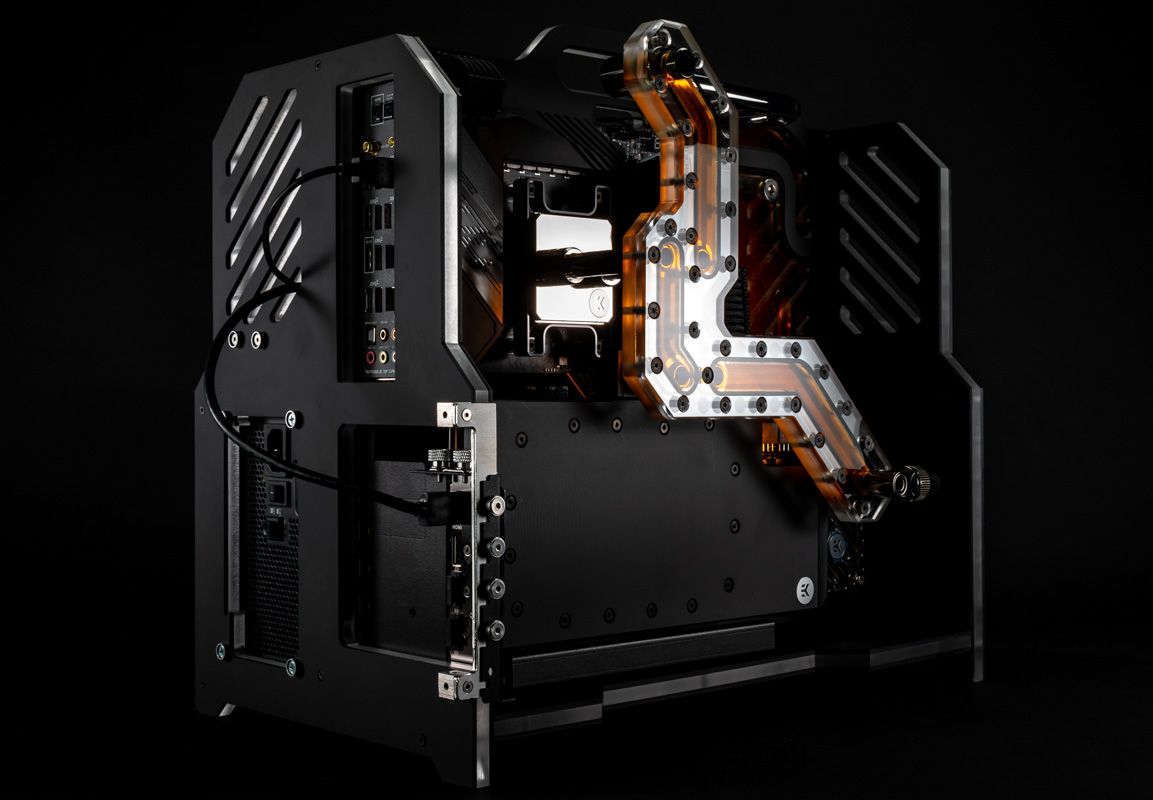 One of your video card outputs and a USB output are routed back into the PC case – is that for the front panel display?

Yes, the front monitor is a 1920 x 1080 IPS touch screen monitor. The USB cable is for power and touch screen and the other cable is HDMI.

I love the handle on top, but I have to say I’d be terrified to move this thing myself. Any idea how much it weighs complete?

Honestly, same for me. I was terrified, but I made some very rough tests and had no issues.

It’s still a prototype though. The next version will have some aluminum in the handle to give it more strength. 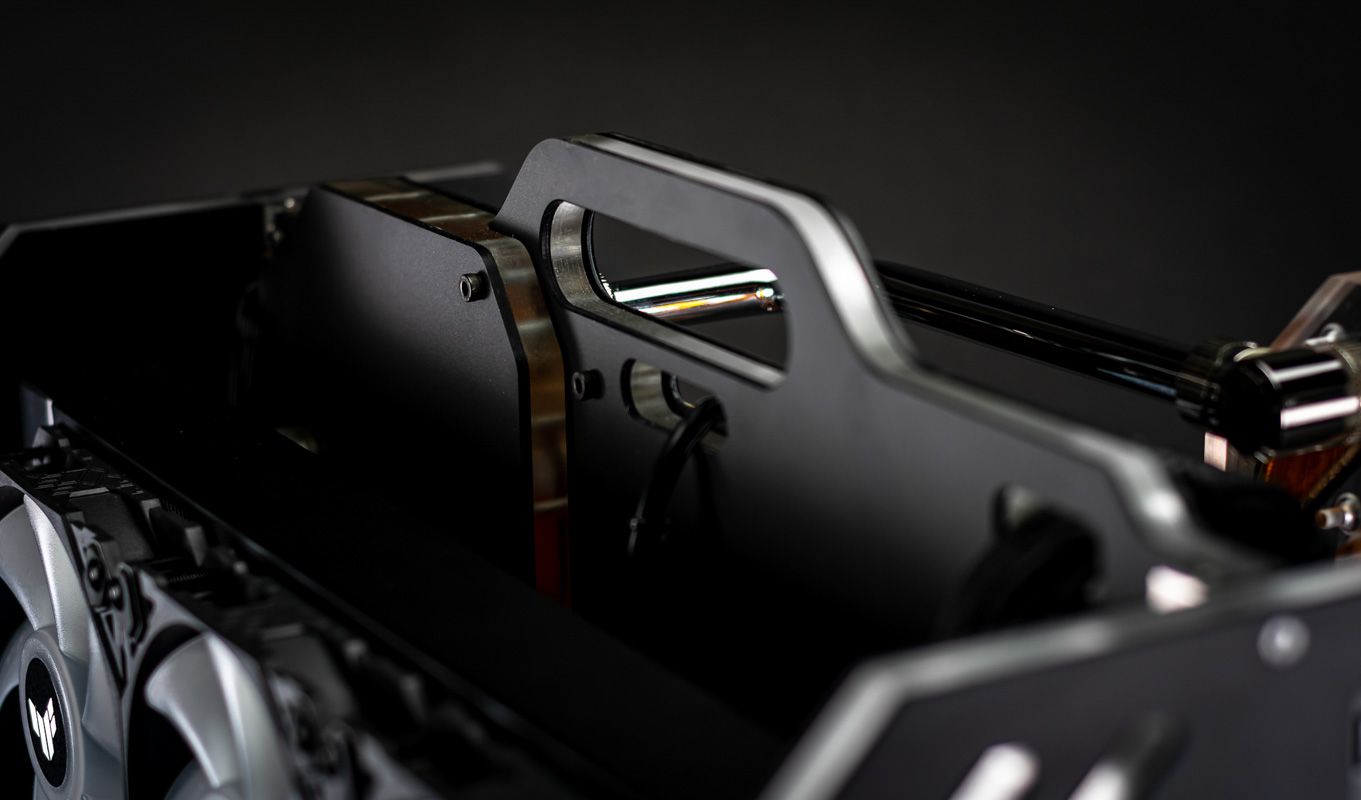 The details in this project are impressive.  Even the hardware is custom.  What did you use to secure the power supply?

Thanks a lot! I designed the back panel with a standard hole pattern for an ATX power supply and to be sure to have enough strength,  the screws that hold it cross through both 3mm and one 8mm acrylic plates and it sits on the bottom of the case. It’s very solid

It’s kind of hard to tell from the completed pics – what kind of distro plate is in the center of the build?

It’s a custom distro. The motherboard tray is made of 3mm and 8mm acrylic. I cut the 3mm to see the water channel and distro plate. I used the 8mm for top of distro and added a 12mm to make the reservoir and distro and finally add a 3mm on back.

What are you using to light up all that amazing acrylic?

I used 12 EK-loop 400mm D-RGB led strips, the same ones they use in their FLT reservoir.

You want to be sure to use led strips that don’t produce any heat – some of them do. These are really great and I by using all EK watercooling gear with the same D-RGB lighting I can be sure they all have the same shade/color.  They’re also only 6mm wide which fits perfectly in 8mm thick acrylic. 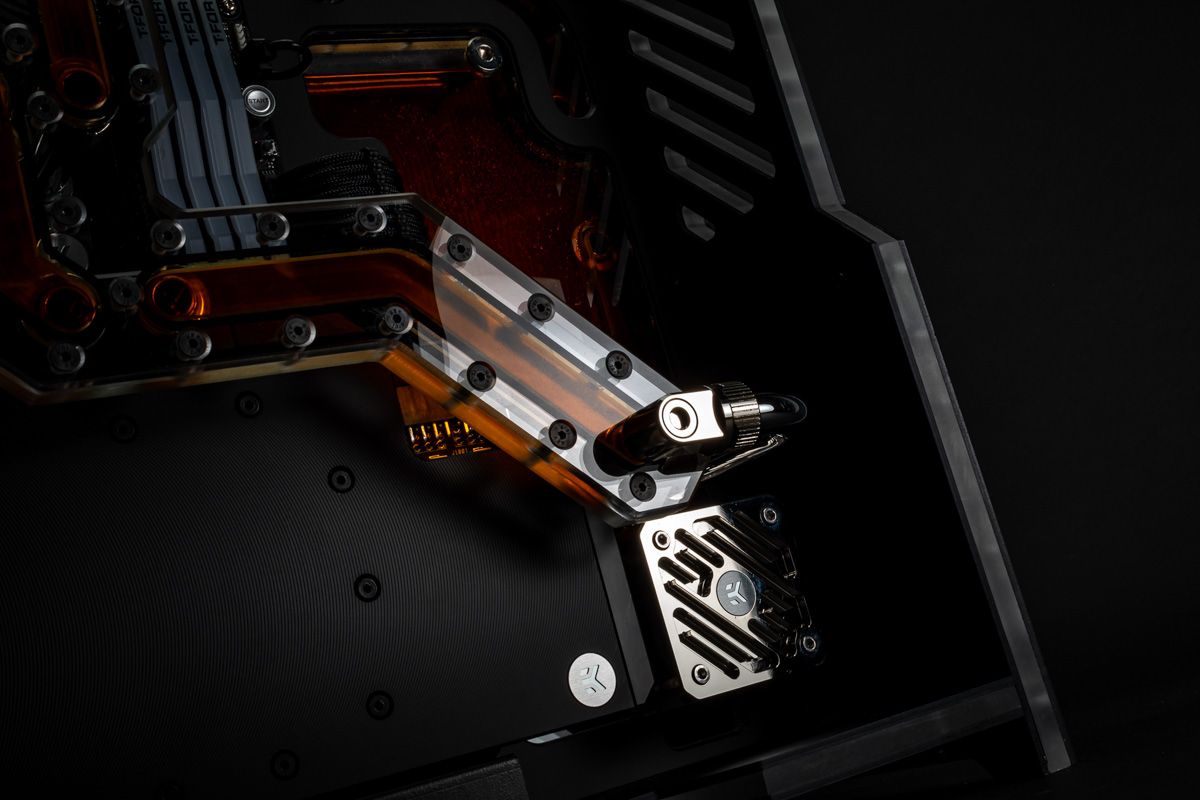 You’ve said this piece is a prototype. What kind of changes do you think you’ll need to make for the final version?

This is already the second version. On the next one, I want to use aluminum instead of acrylic. I’d like to keep the sandwich type of panel but instead of black acrylic I’d use sand blasted aluminum. That would give me the choice of the finish: bare sand blasted, powder coated or some really premium automotive paint.

I think with the paint I could have a really insane color and finish.

Well this is a masterpiece as it stands if you ask me, but I can’t wait to see the next version! 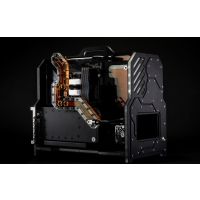 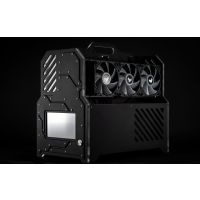 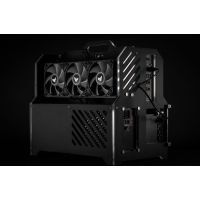