If you have a newer generation of video card, you know that they’re amazing pieces of hardware. Like any card though, that performance comes at the cost of heat. With an increased power limit as high as 450 watts, you need some serious cooling for these monsters.

Factory cooling solutions are impressive, but even with a copper cold plates and multiple heat pipes, it can’t cool these furnaces to the level we’d like to see.

For that we turn to EK Water Blocks and their new Quantum Vector2 GPU Water Block and Active Backplate Sets! Specifcally in this Product Spotlight we will be examinging the new GPU water block ABP sets for the EVGA 3080 FTW3. 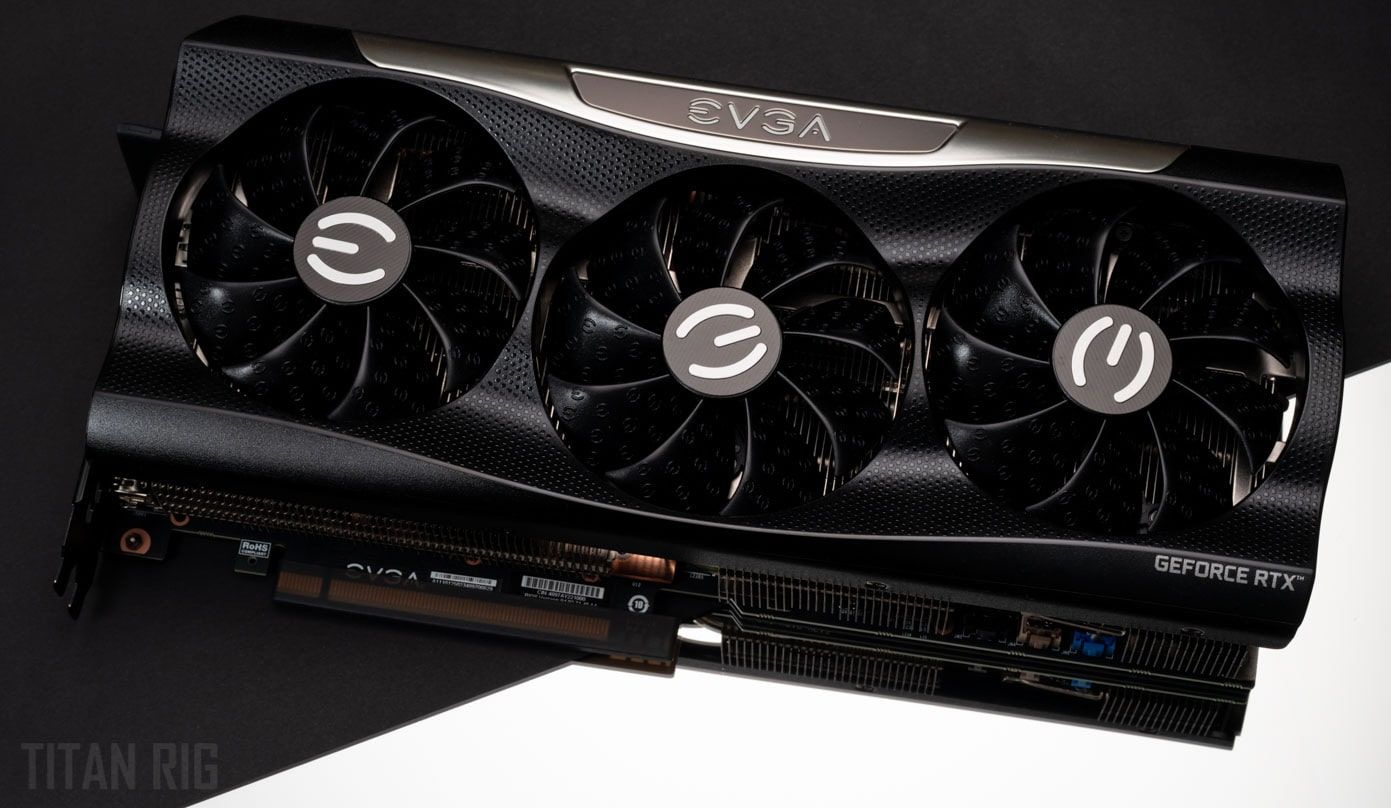 EK has been making quality water cooling components since 2003, and those years of experience and innovation show in their products today. Among the most popular brands in the water cooling industry, EK has brought us water blocks, radiators, fittings, reservoirs, pumps and even entire water cooling kits from their facilities in Slovenia. If there’s a component that goes in a custom water cooling system, chances are that EK makes one.

The Vector2 FTW3 water block and backplate set is an excellent example of EK’s experience and attention to detail.

The Vector2 FTW3 RTX 3080/3090 water block is available as a standalone product, but the premium package is known as the ABP Set.

The ABP set includes the Vector2 water block as well as a matching active backplate.

The set comes preassembled in the box. When you see it, the first thing that will probably catch your eye is it's size. 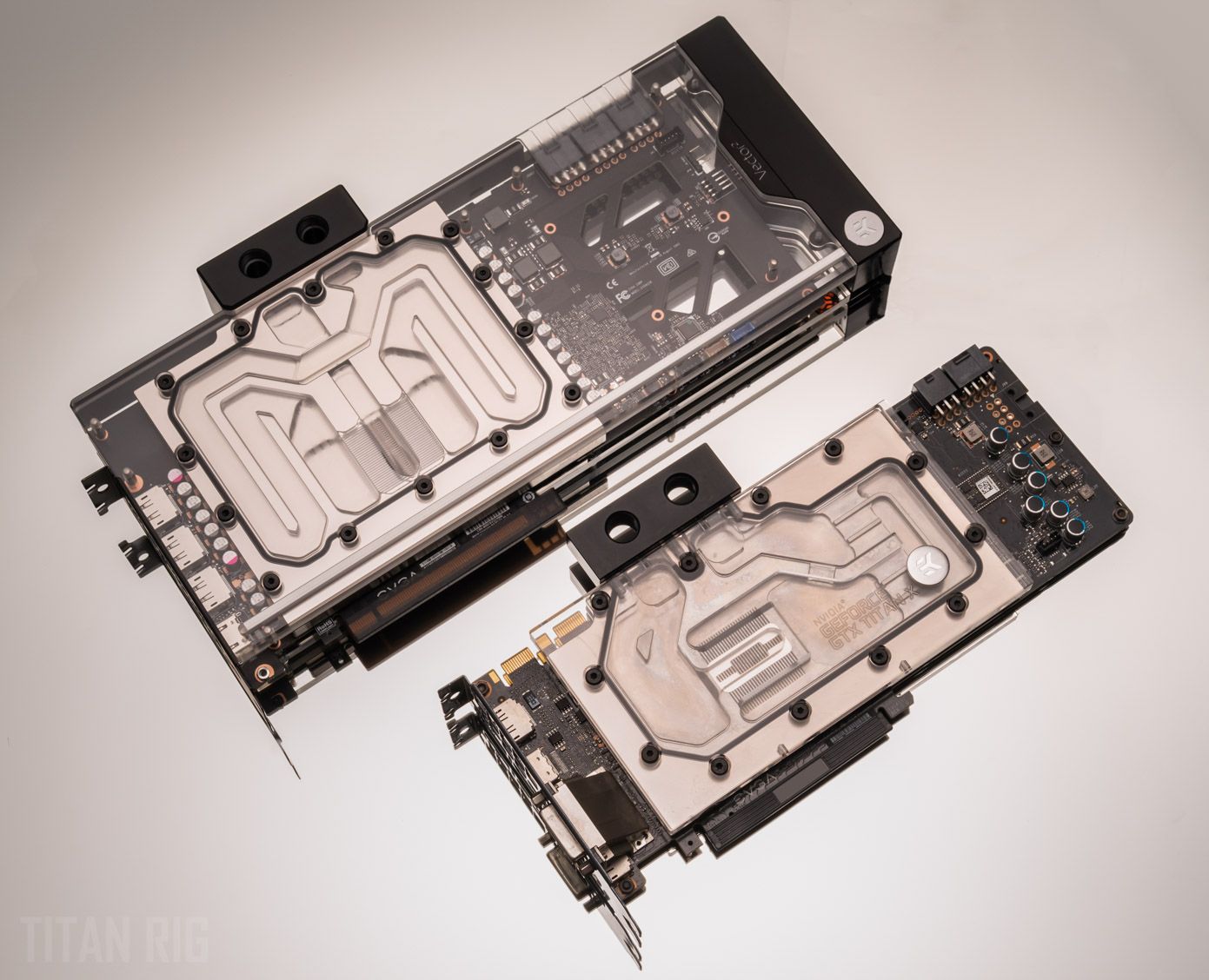 When installed, the pair of cooling plates sandwich the graphics card completely, leaving only the three (!) 8-pin power connectors on the FTW3 visible.

The front and back water blocks are joined by EK’s new Direct Link terminal.

The design of the Direct Link terminal allows the connection of two water blocks with a conventional 4-port layout.

A brass insert inside the acetal terminal links the two blocks with an internal diagonal water channel. 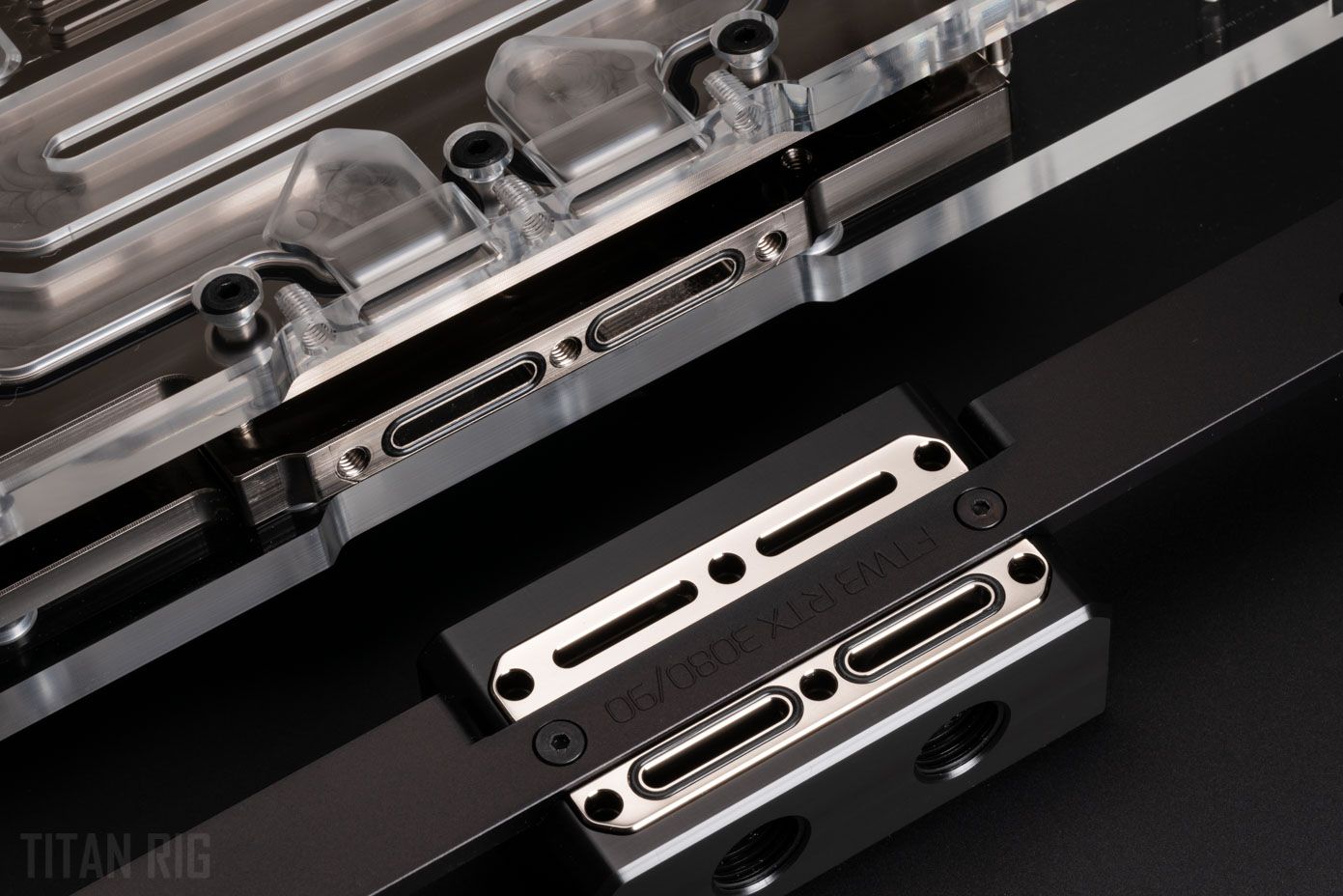 The new terminal block allows serial and parallel connections from adjacent or opposing sides of the block.

The mounting screws on the terminal block are hidden from view by beautiful stamped metal name plates that are held in place magnetically.

Being the first in EK’s new Vector2 lineup, it represents an evolution in performance, aesthetics and standardization over their initial Vector block.

Like all Vector2 blocks, it’s machined out of a solid piece of electrolytic copper 11mm thick and nickel plated to prevent oxidation.

The flow pattern of the Vector series of blocks has been modified into what EK refers to as the Open Split-Flow cooling engine.

In this new flow design, EK has done away with their traditional jet plate and instead machined a curve into the underside of the acrylic or acetal top of the card to serve that purpose.

Each block made for custom manufacture’s circuit boards are by necessity a little different. In the case of the FTW3 block and a few others, the coolant inside the block is actually routed over itself.

Coolant enters the block and goes immediately to the die cooling fins and meets the new upper curve in the acrylic or acetal top that forces it to flow equally across the entire width of the fin array.

From there the flow splits.

One branch flows over secondary heat loads and to the exit port.

The other does the same, but before joining up into a single stream again it’s directed across a bridge insert, actually flowing right over the top of the incoming coolant.

It’s an interesting design to be sure. You would think that a setup like this couldn’t be used in reverse, and that the ports would be clearly marked as intake and outflow.

Looking at the preassembled set, it can be hard to tell at first glance which piece is the primary water block and which is the active backplate.

The two cooling pieces are nearly identical. The outer dimensions are the same in fact, with the assembled pair making up a huge brick-like rectangle.

The machined copper part of the active backplate is also exactly the same size as the water block - which means it has a tremendous surface area for its purpose.

While the block has sixty microfins (thirty on each side of the coolant channel), the backplate’s primary cooling area sports five very large fins in the same space.

Since the back of the card doesn’t require nearly as much cooling as the front, overengineering this part of the set with unnecessary machining would simply drive the price higher. The small number of large fins is a perfect solution.

Both the acrylic and acetal versions of the FTW3 ABP Set offer digital RGB lighting, but the nature of the materials means it has to be approached differently for each.

In the acrylic version, the block and backplate each have a single LED strip along the rear edge. These are mounted in small aluminum channels that in turn sit in a channel machined into the acrylic.

The result is very bright even lighting across the surface of both the top and bottom of the set.

Since acetal is opaque, a different approach was needed. The acetal set also has two digital RGB strips, but these are much shorter and run perpendicular to the card. They light up the joint between the cooling parts and the acetal end cap.

Along with the new cooling engine, EK has instituted a standardization protocol it calls EK-Matrix7.

Vector2 blocks and all other blocks that follow the Matrix7 standard will share critical dimensions and have identical port placement and spacing, making loop planning easier for the custom water cooler.

It’ll be interesting to see how this standard is implemented with other blocks in the future.

I was lucky enough to get a 3080 FTW3 Ultra to go along with the ABP set when it was handed over to me for this write-up.

I got to take both the ABP Set and the card apart and actually install the set onto the card. The process was surprisingly simple for what looks like a complex system.

Instead of explaining the assembly process in writing, we decided that a video would be more useful.

All the parts of the Vector2 ABP Set are perfectly matched and the appearance of the assembled set wrapped around a video card is honestly amazing.It has a beautiful minimalist appeal to it that somehow goes very well with its sheer size.The wide unbroken swaths of polished acrylic and machined acetal are just blank canvases waiting for customization too.

Details like the magnetically-retained terminal block name plates and the tiny slot in the side cover for the FTW3’s BIOS switch are examples of what is undoubtedly a premium product.

I’m still banging out the frames with an EVGA 2080 card myself, but this water block and backplate set are absolutely on my radar if I’m ever able to get a card to put between them.


Reply May 29, 2022 10:45
Eric Chen
Woah, the EK Quantum Vector 2 is for sure another masterpiece. I love how EK water blocks always emphasize the natural beauty of raw exposed electronic parts while improving the performance at the same time. I can't wait to see what EK water blocks have in stock for future GPUs, CPUs, and reservoirs for new cases as the components become more power-hungry and chonkier in size.

Great job on the article as always, full of the info we want/need with just enough pics to help explain things.

That little "bridge" is so flipping cool, it makes me wish the tech from "Inner Space" with Dennis Quaid was real, so I could ride this sumbitch like the Matterhorn at Disneyland!

keep up the amazing work, Gentlemen, & ladies (I trust)
Cheers!

What doesn't degrade is the nickel plated copper that cools the die. The solution is simple: make the elevations used for the memory slightly higher and require thermal paste to be spread on the memory chips. This would ensure proper core contact and memory contact with the excellent copper block with EK's new cooling engine.

As for looks, this easily is one of the best looking blocks on the market. Alongside an EK CPU Block, any system would immediately look amazing, even with RGB off. Not to mention the fact that it will cool the best, as EK products usually do.

Again, the memory chip cooling solution is the only minus in the design (all waterblocks not just EK) and I can't wait to get my hands on one to complete my all EK loop.