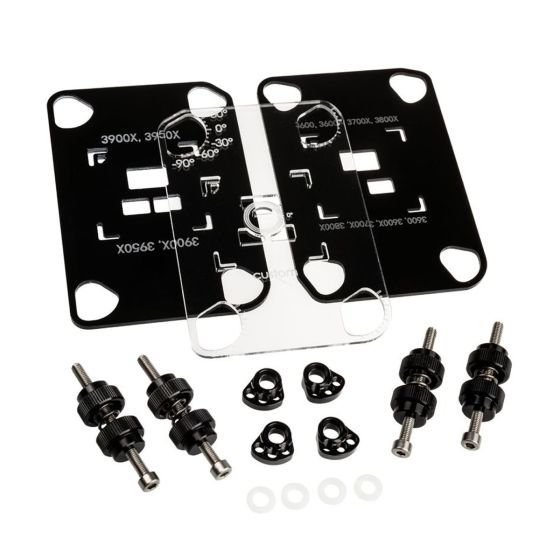 AMD's Zen architecture was a milestone in CPU architecture and a stroke of genius for the Texas chip maker. But instead of resting on its laurels, AMD has continued to develop the "Zen" processors. With the " Ryzen 3000 " processor family based on the "Zen2" architecture, AMD has introduced a chiplet design , for example . For example, the Ryzen 9 3900X consists of a 12 nm I / O die and two CPU dies that are manufactured in a 7 nm process.

Of course, this also has an impact on the cooling behavior of CPU coolers and CPU water coolers. As a rule, custom water coolers are designed by the manufacturer so that the heat dissipation is highest in the middle of the base plate. The bottom plate of the water cooler would have to be moved for optimal cooling performance.

This is where professional overclocker Roman Hartung comes in to flexibly design the position of the water cooling base plate on the processor with the der8auer RYZEN 3000 OC custom mounting frame .

The der8auer RYZEN 3000 OC custom mounting frame at a glance:

Details
Write Your Own Review
Only registered users can write reviews. Please Sign in or create an account
Best Sellers
Clearance