Swiftech is one of the original brands to start making PC water cooling products for the general public. They got their start back in 1994 but became better known in 2001 after they released their MC370 line of heatsinks. Since then, Swiftech has grown their brand to include a full range of PC water cooling components. There are many great offerings from Swiftech, but the Apogee SKF Prestige has got to be one of our favorites to date! Not only does it have a killer aesthetic, but it features a revolutionary cooling engine that was derived from years of refinement.

Short of the acrylic and glass layered window, this block is entirely made of metal! The top has been machined from solid brass, and then black chrome plated. The center accent piece is made from aluminum, and then silver anodized. Lastly, the base of the block (cold plate) is machined from pure copper.

The machining on this CPU block has a very interesting and unique design. You can tell a lot of thought went into all the small details such as the chrome inlayed Swiftech logo and meticulously machined center accent piece. With as much detail work as this block has, it still has a surprisingly clean aesthetic. 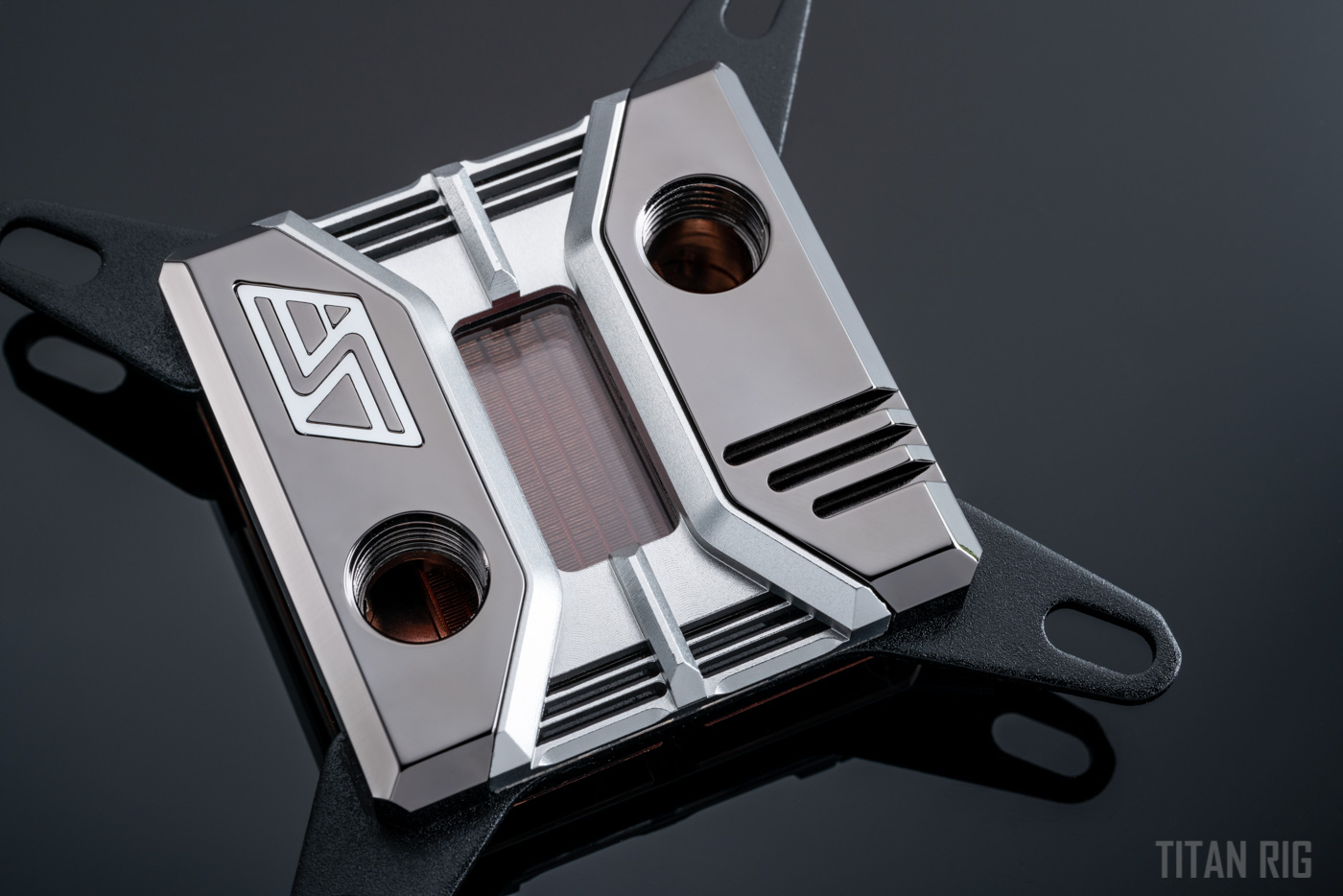 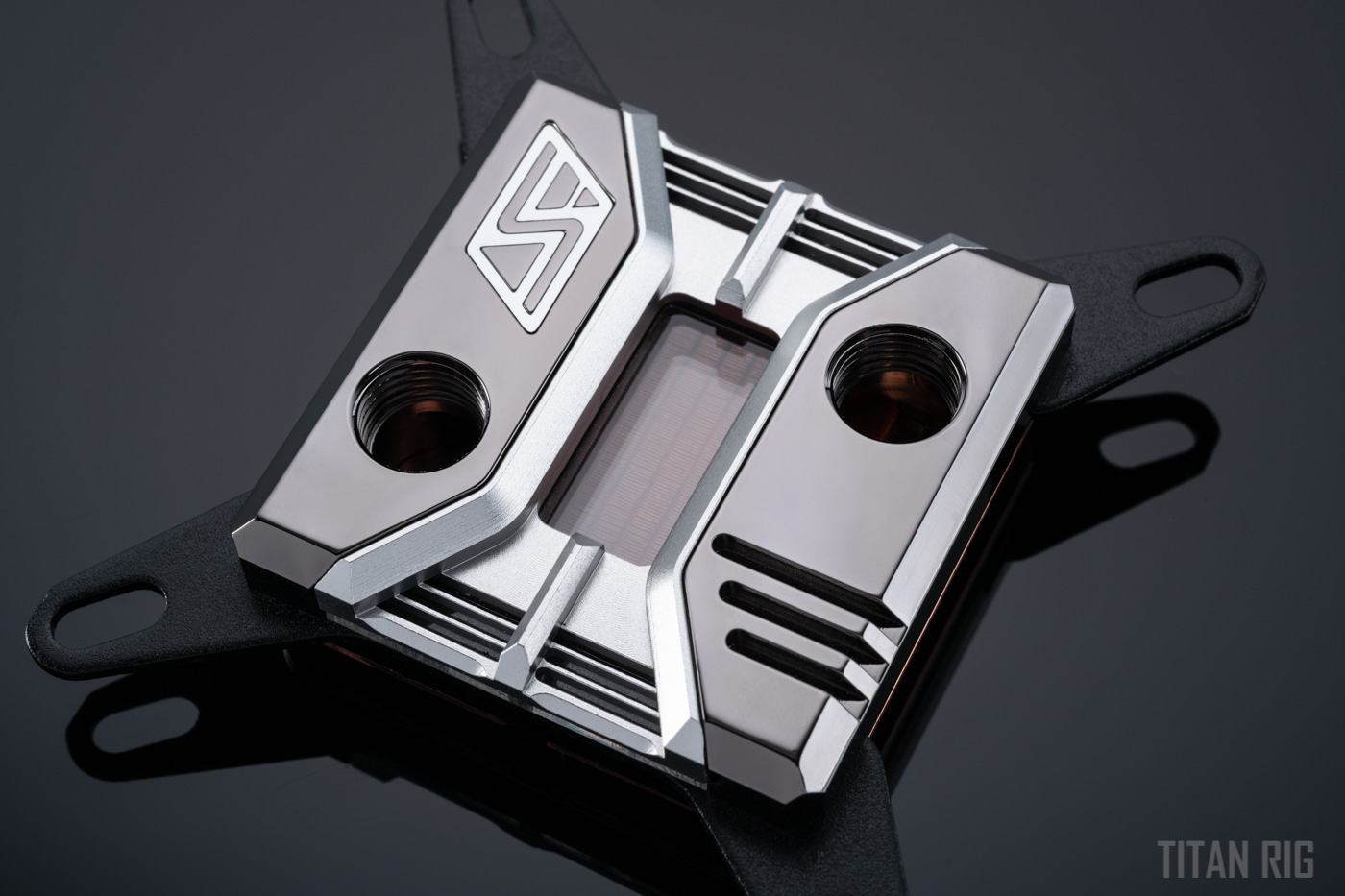 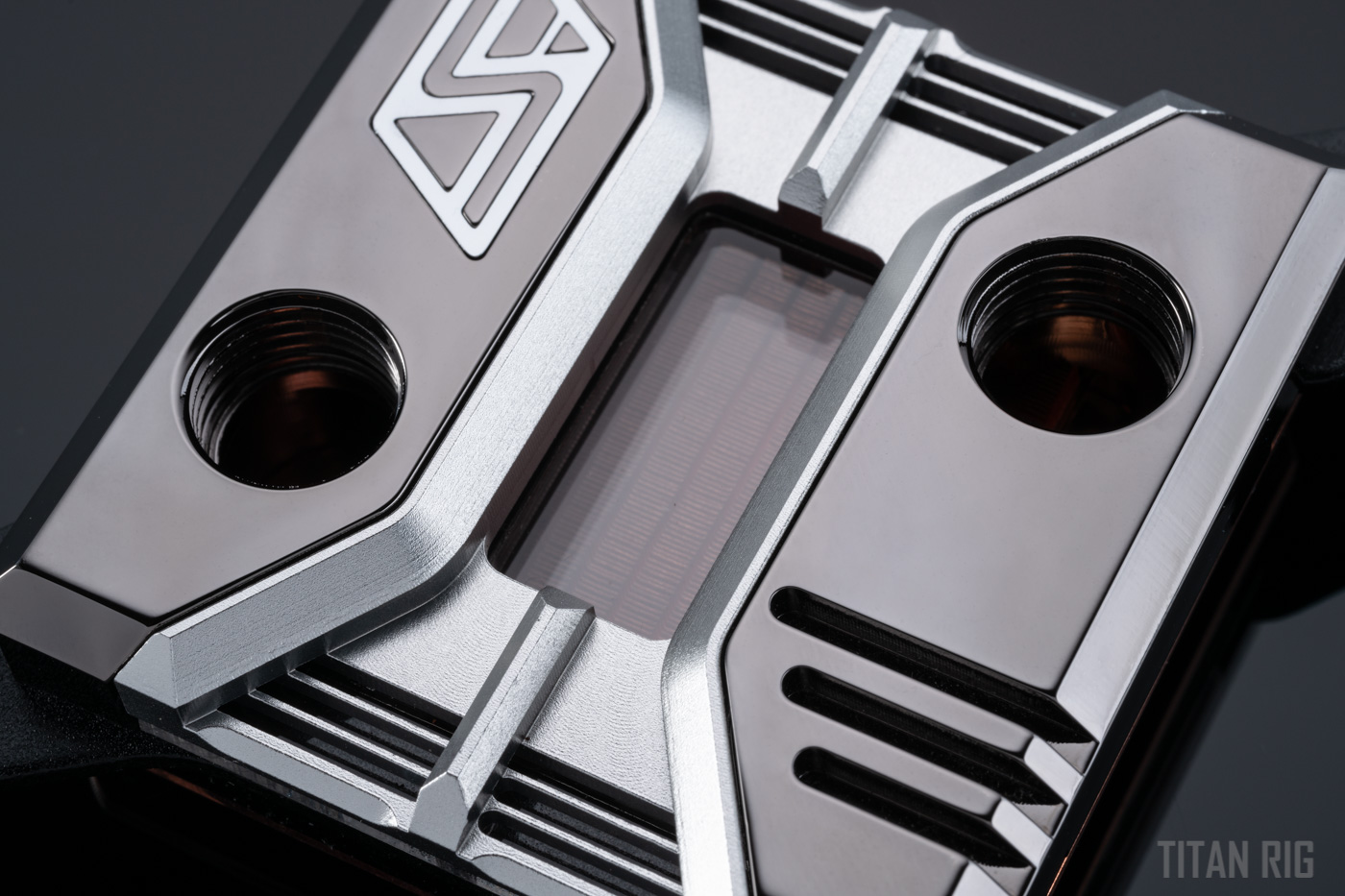 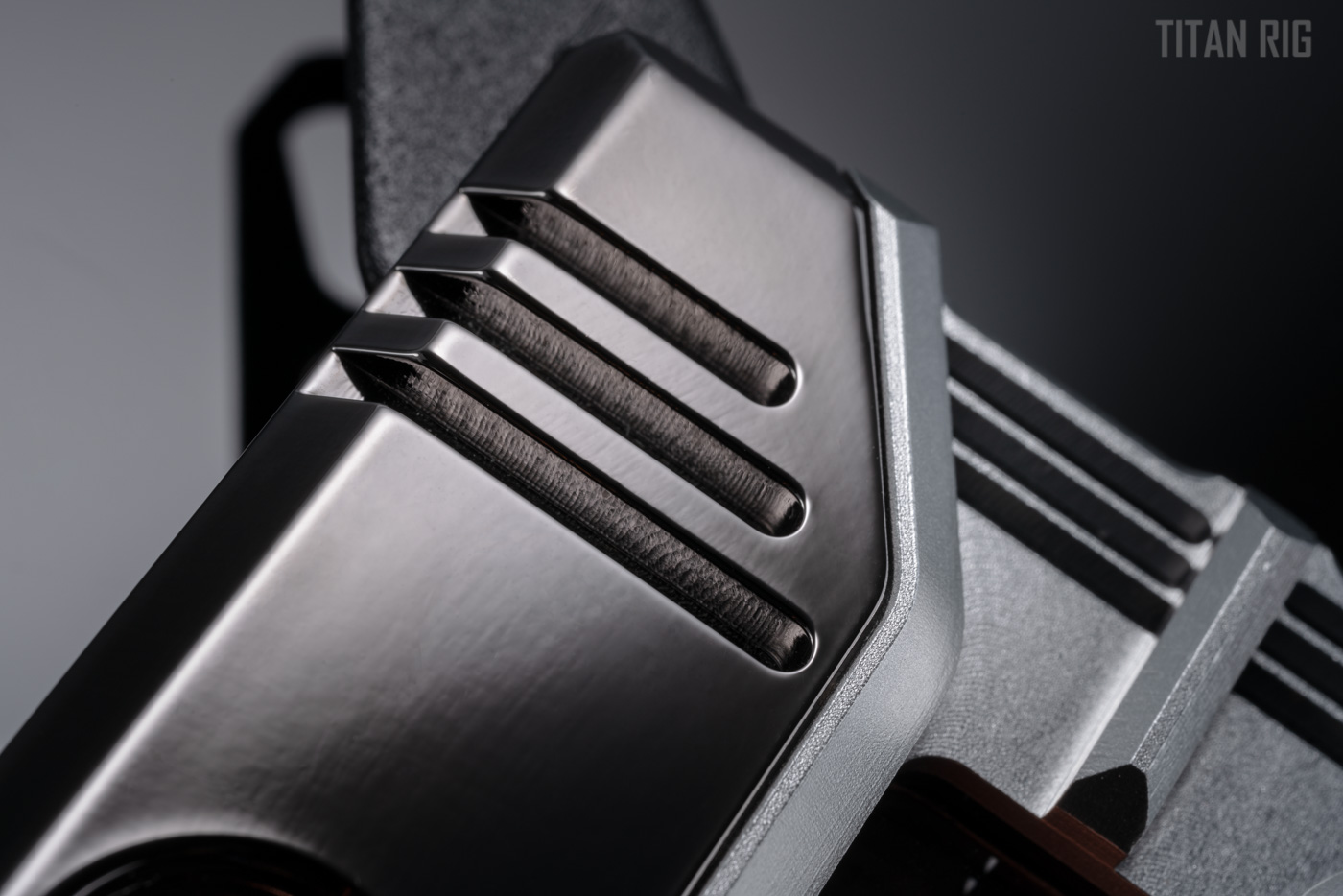 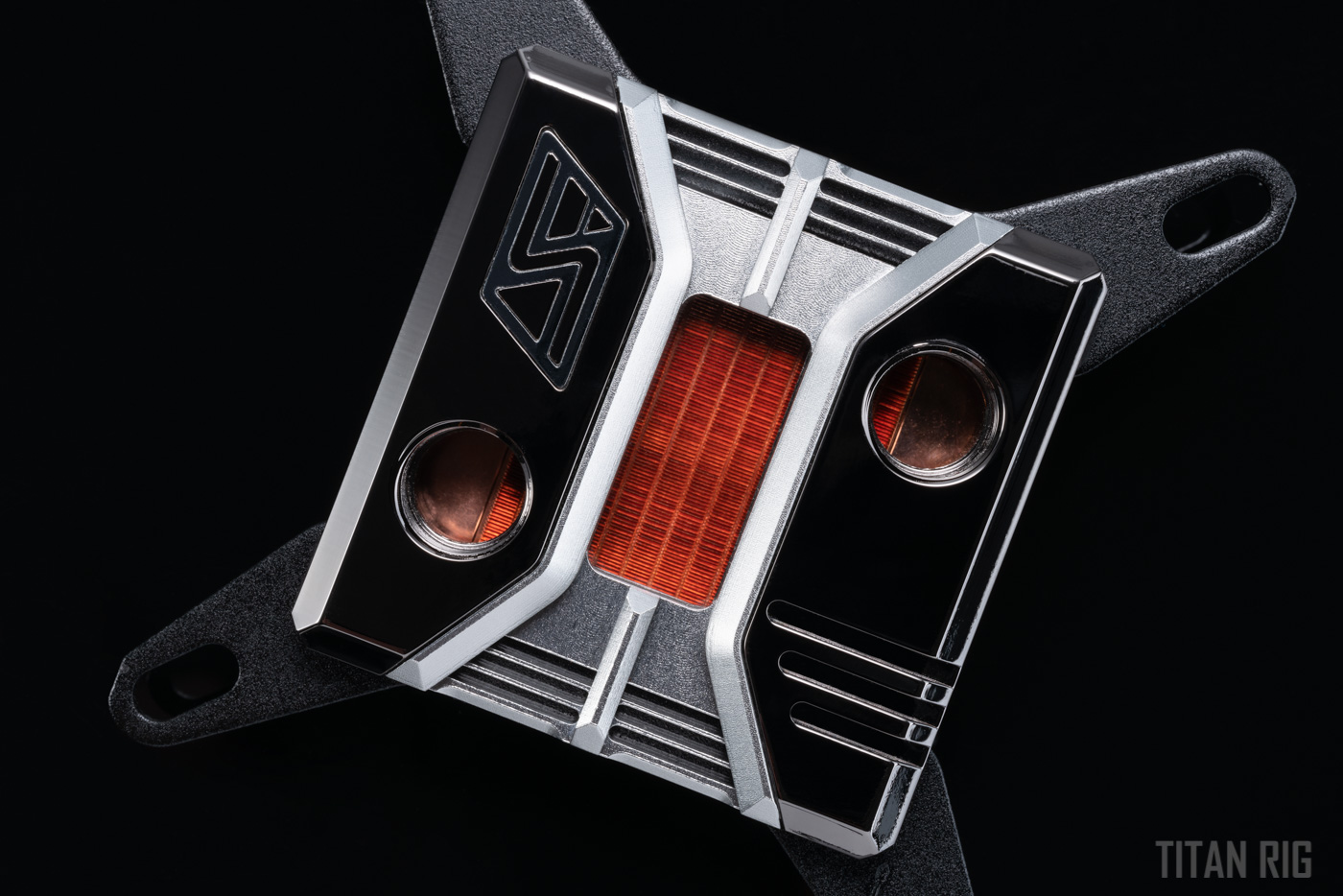 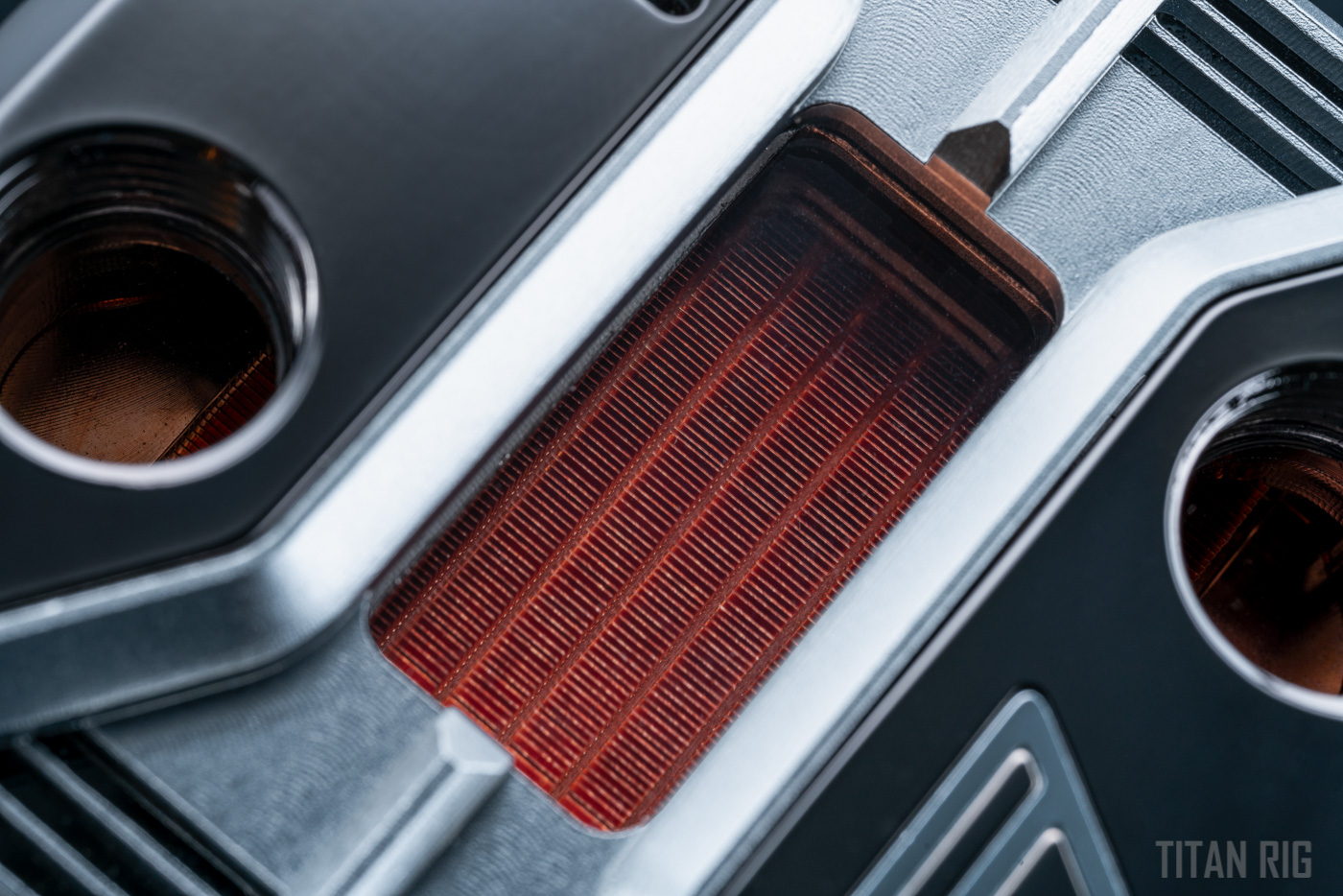 With the center accent piece removed, the 2 sets of Digital RGB (Addressable RGB) strips are visible featuring Swiftech’s IRIS technology. The light from these LEDs is more toned down compared to other water blocks. The effect is more subtle as LED light is diffused through a layer of acrylic before it is emitted out of the small slits in the center accent piece. It is also important to note this lighting system is proprietary, and you will need either Swiftech’s IRIS MB Link, or the IRIS Eco V2 Controller.

Now it is time to check out the inner workings of this water block. On the underside we see the pure copper base which is held in place by 1 Philips head screw in each corner. The 2 smaller screws in the center are used to hold the top center accent piece.

Once inside, we see standard G ¼” thread leading into the cooling engine. The center o-ring sits up against a small piece of glass. I imagine this was done to prevent the window from hazing over or becoming stained from colored dyes over time.

Very impressive machining of those .0049” thick fins! An improvement over its predecessor in both cooling and flow rate performance.