The new RTX 3000 series from Nvidia is a game changer

Team Green has done it again. With the release of their latest series of video cards, the RTX 3000 lineup, Nvidia has secured their place at the top of the PC graphics performance market. While AMD was close to taking the crown from Nvidia’s previous leader, the 2080 Ti, their Radeon VII couldn’t quite make it happen. The release of the RTX 3000 cards means Team Red will have to make some huge leaps with their new Big Navi GPU to even try to challenge the new king. 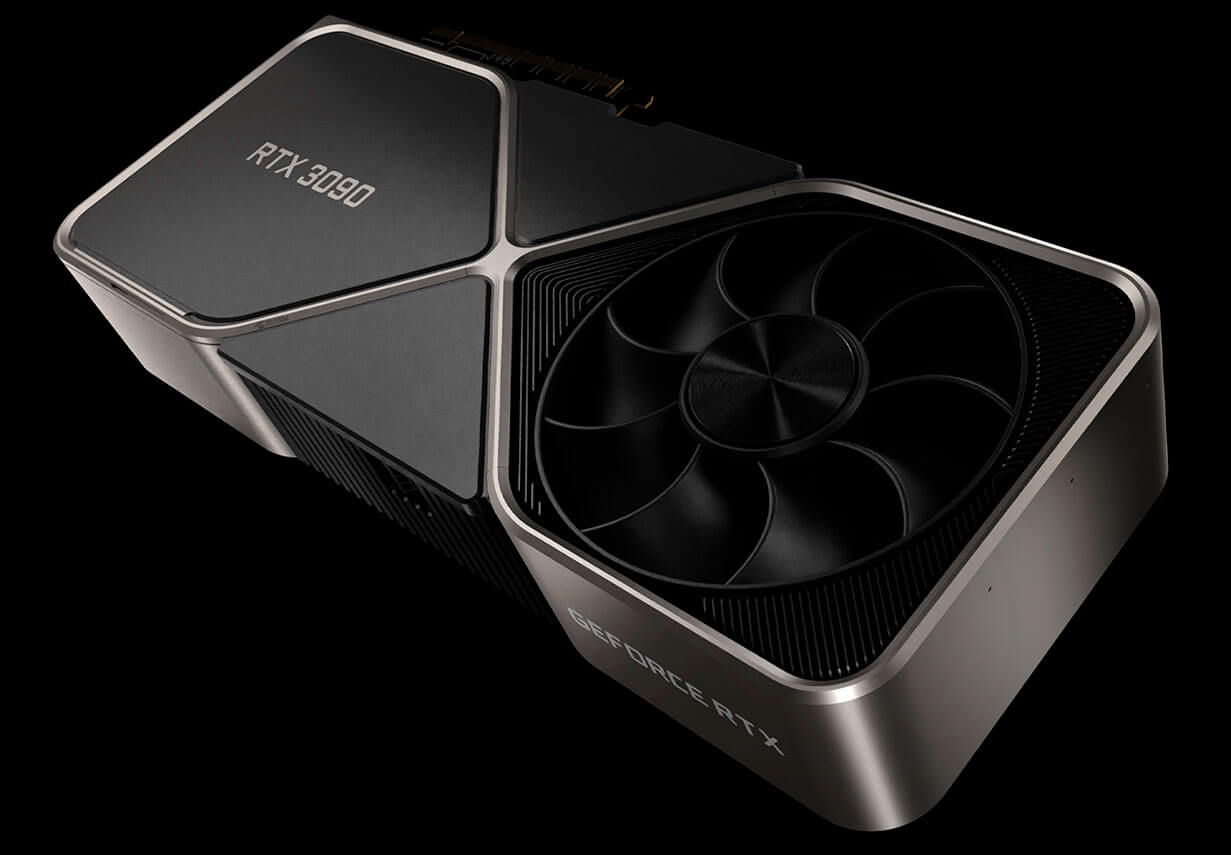 Nvidia has stuck with their standard numbering system with the new line of graphics cards, releasing the RTX 3080 followed by the RTX 3070 and RTX 3090. While there have so far been no mention of Ti or Super variants these could pop up at any time. The entire 3000 series of cards is a true generational leap forward from its predecessors, with a new GPU core dubbed Ampere and with the least-powerful offering the RTX 3070 showing to perform as well as their previous leader the 2080 Ti. At an MSRP $600 less than that of the 2080 Ti on release that is frankly astounding progress. 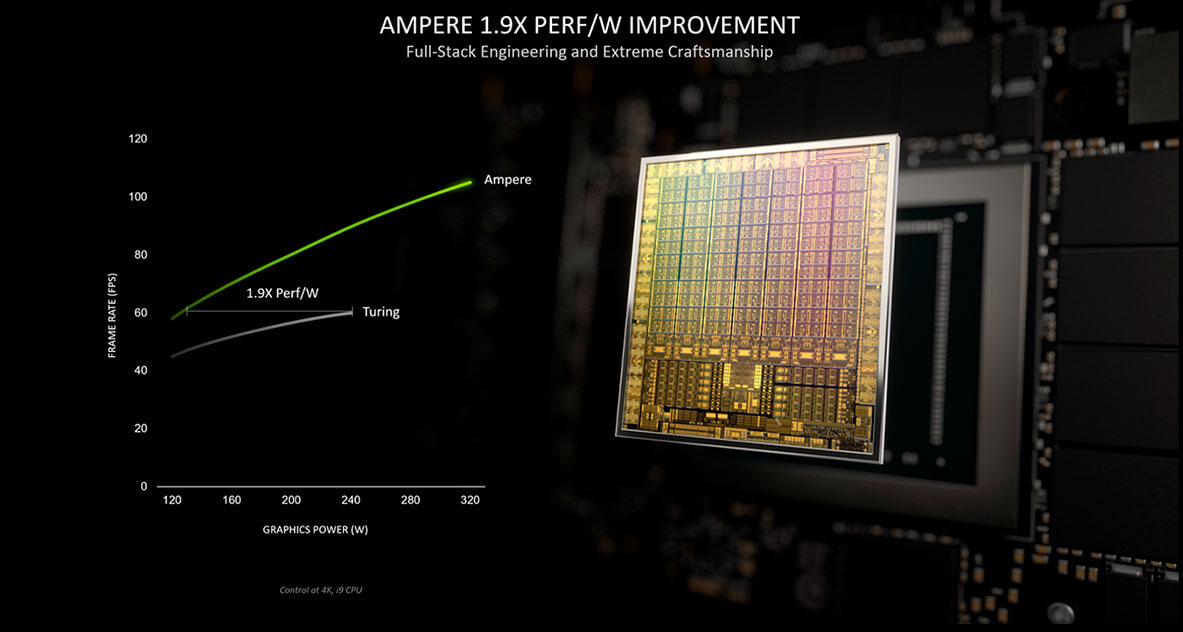 Anyone thinking about running these new video cards in a multi-card setup should ready their wallet. Only the flagship model RTX 3090 supports SLI, with the NVLink connector necessary for multi-card communications being completely omitted from the other models. Coming at an initial price of $1500+ a state-of-the-art SLI system will cost upward of $3000 for the video cards alone. Those without that kind of disposable income shouldn’t worry though. The sheer computational power of newer-generation GPUs has made multi-card setups all but obsolete for gaming and general use.

Given the performance and cost of today’s graphics cards, the segment of users with more than one GPU in their system is comparatively very small. Developers know this too. Without a large demand, software creators have little incentive to invest the time and money to encode support for multiple GPUs. This lack of support and lack of utility means that the multi-GPU systems in use now are likely the last of the breed. Interesting things are happening in the multi-GPU arena right now on both sides, but that’s a topic for another post

As with everything, gains come at a cost. The new RTX 3000 line of graphics cards are power hungry. The thriftiest of the new trio, the RTX 3070 still has a TDP of 220 watts and the king of the hill the RTX 3090 uses a staggering 350 watts of power. For comparison, the highest power requirement in the previous generation was 260 watts with the RTX 2080 Ti. Interestingly, the Founder’s Edition of the lineup uses a brand new 12-pin connector to deliver this power. Not simply a combination of standard 8- and 4-pin connectors, the connector is completely different and designed to fit into almost the same space as a standard 8-pin connector.

Cramming 12 pins into the space of 8 means that the entire connector assembly is new, even the pins inside. This will no doubt prove to be a challenge to custom cable sleevers. Power supply company Seasonic is offering adapters for this connector free to many of its current product owners. In an email sent by the company regarding this offer they designate this as a “12-pin/9A/Micro-Fit 3.0 connector/16AWG”. This may be a clue to the exact connector used, or it may simply be a label Seasonic has applied to what is in fact a proprietary connector. We’ll have to wait for more information from Nvidia

All of this power generates heat, and it shows in the cooling solutions on the various versions of the new video cards. All the cards from partners like Asus, Gigabyte, MSI and EVGA have bulky fin arrays with large heat pipes and multiple fans, a testament to the cooling needed. The heatsink Nvidia supplies with the Founder’s Edition of each of the new series is also a huge fin array complete with heat pipes and multiple fans, with a difference. The second fan on the cooling assembly is in the rear. Taking advantage of the unusual notch shape of the Founder’s Edition PCB, the cooler draws air in from the rear of the case and pushes it through the mass of cooling fins to exhaust inside the case.

While this provides fresh outside air for cooling, it serves to dump this waste heat inside the case amidst the other components in a system, leaving it to the case fans to remove it. This means that it may be necessary to rework the air flow system in place in your PC given the new heat dynamics. The DIY PC builder should also keep in mind the size of these heatsinks. The RTX 3070 and 3080 are both dual-slot models, and the RTX 3090 is a triple-slot monster. Substantial planning will be required to use these cards as they come in the box with top efficiency. 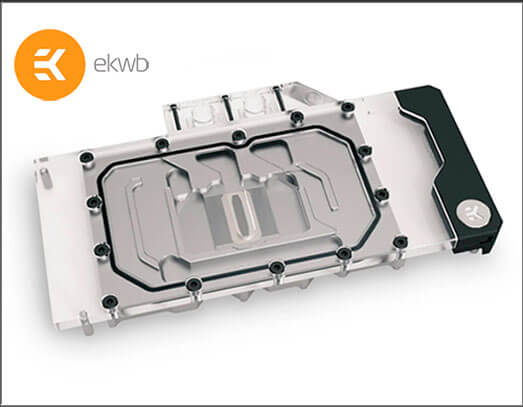 Given the heat involved and the sheer size of these new offerings, water cooling comes immediately to mind. The water cooling industry is definitely on the same page, with blocks ready to sell at launch from EK Water Blocks, Alphacool, Bitspower and newcomer Bykski. Alphacool also plans to offer its Eistwolf 2 GPU All-In-One water cooler for the 3000 series at some point after launch. These three manufacturers are far from alone though, with every major manufacturer planning to have water blocks available in some form, though they’ve been quiet as to when. 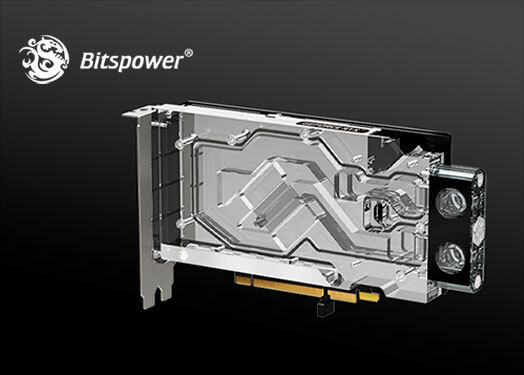 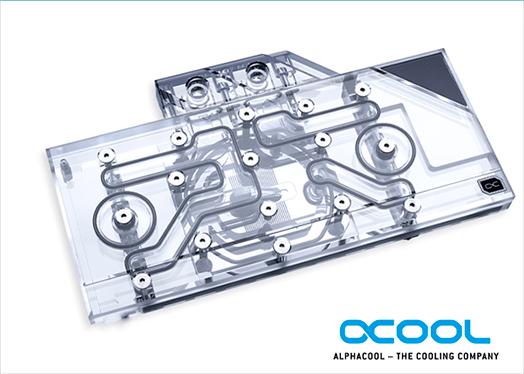 Custom PC water coolers should note that there are three distinctly different circuit board types (PCBs) used for the RTX 3000 line. The Founder’s Edition PCB is smaller by far than the others, with a very unusual notched shape and the previously mentioned 12-pin connector mounted at a 45-degree angle. The second version of the PCB is the “reference” version – a more standard rectangle layout with standard 8-pin power connectors mounted sideways on the edge of the card as usual. The third type will be custom PCBs made by partners like EVGA and Gigabyte. These “add-in-board” video cards often have different component layouts and power delivery options than the standard reference design, and PC water coolers will have to be certain that a given water block will fit this custom PCB correctly. EK Water Blocks and Bykski currently have blocks ready for both the Founder’s Edition and reference models of the RTX 3000 models. Interestingly, the EK Water Blocks version of the Founder’s Edition water block takes advantage of the previously mentioned wedge shaped cutout in the FE’s circuit board and has the intake and return coolant ports mounted on the front edge of the block, actually cut into the

acrylic of the block itself rather than going through a multi-port terminal as they’ve done in the past. This should make for some interesting tube routing in custom water cooling loops.

Given the wattage, it’s clear that the 3080 and 3090 video cards are the hottest cards Nvidia has produced to date. Careful consideration should be given to this load when planning a custom water loop. All water cooling components have a limit as to how much heat they can transfer at one time. If an RTX 2080 is replaced with the new RTX 3090 for example, an extra 90 watts of heat are introduced to the system. Heat dissipation capacity is one of the most critical points of proper cooling loop design. The rule of thumb for years now has been to include 120mm of radiator space plus 120mm of space per component cooled. With PC technology being more and more power hungry, there will come a day when this rule no longer applies. Whether these new GPUs from Nvidia have crossed that line will have to be seen in testing. 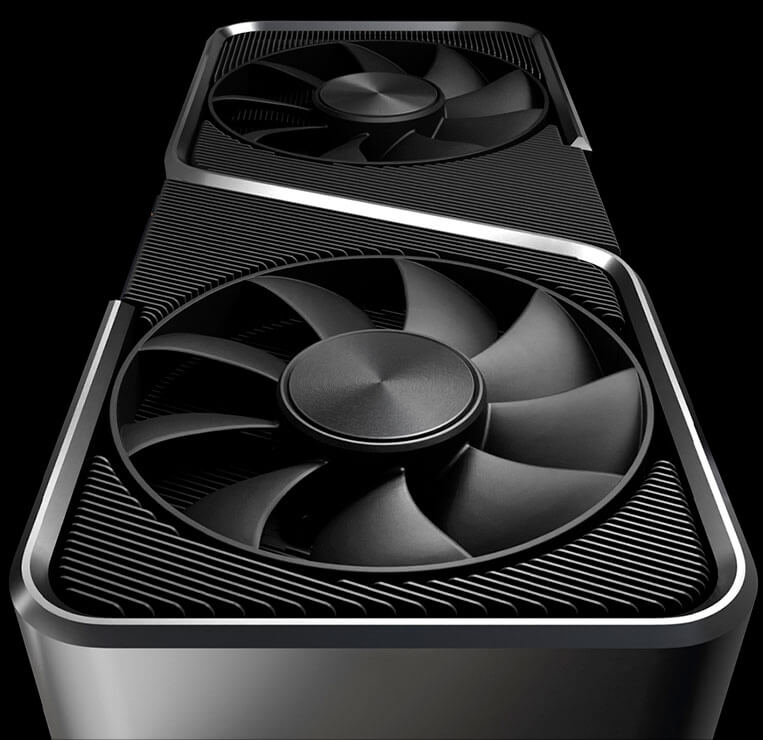