It’s been a while, but it’s time for the next Featured Rig from Titan Rig! We're excited to bring you guys the latest creation from veteran award-winning modder Brian Carter. 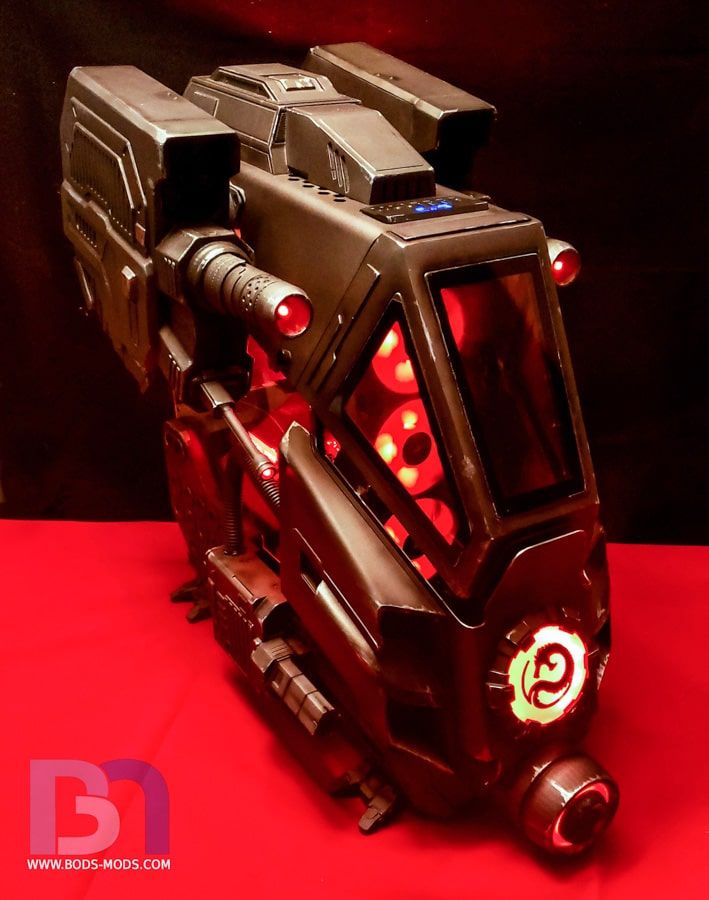 Anyone who’s been watching the modding scene for a while will have heard of the creator of today’s masterpiece. Brian is a 17-year veteran of the modding scene whose work has been seen by thousands and has been featured by major brands in some of the biggest electronics and gaming gatherings around.

Brian’s latest creation was made for The PC Gaming show and was displayed at PDXLAN in November of last year then given away to one lucky winner!  The guys at The PC Gaming Show wanted a Mechwarrior themed PC to give away, and Brian delivered.

As always, we took some time to talk with the builder to find out a little more about his creation. 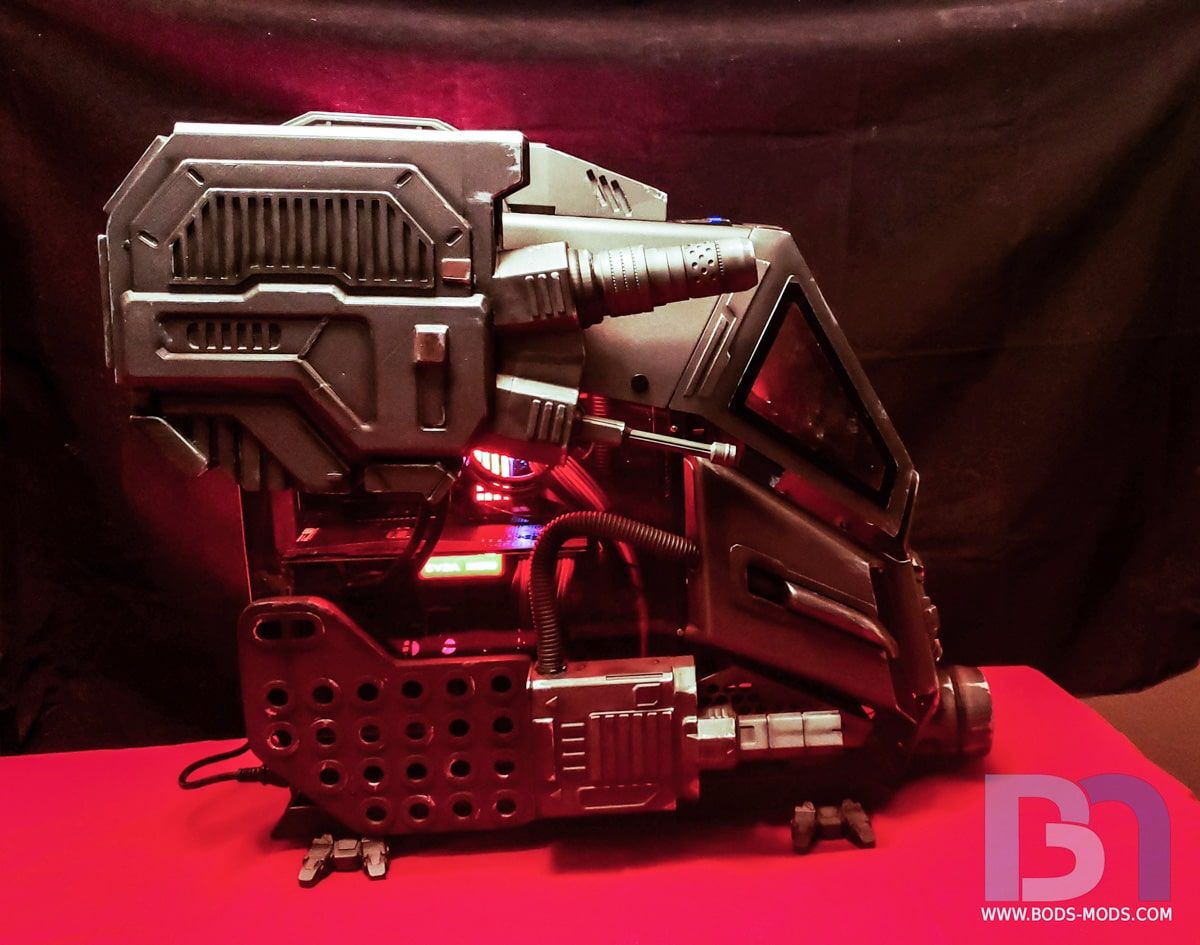 Thanks for taking the time to answer a few questions, Brian.

While many modders know your name, some of our newer readers may not. Can you give us a brief rundown on your history in the modding scene?

I’ve been modding computers for over 16 years now… <grandpa voice> “It all started way back in ought five (2005), when my friends and I were holding mini LAN parties at our houses. Desktop space was a rare commodity back then, with everyone lugging their 21” CRT monitors around. So I came up with the idea of integrating a 19” flatscreen into the side of my PC case, just to save space on my desktop. That was my first case mod. Since then, I’ve built around 40 mods, won numerous contests, and have been on the cover of CPU magazine five times. Some of my more notable mods include the Battlestar Galactica mod, TRON Lightcycle PC, Neptune’s Trident, Cosmos Cruizer, Rey’s Speeder, and Achromodic. 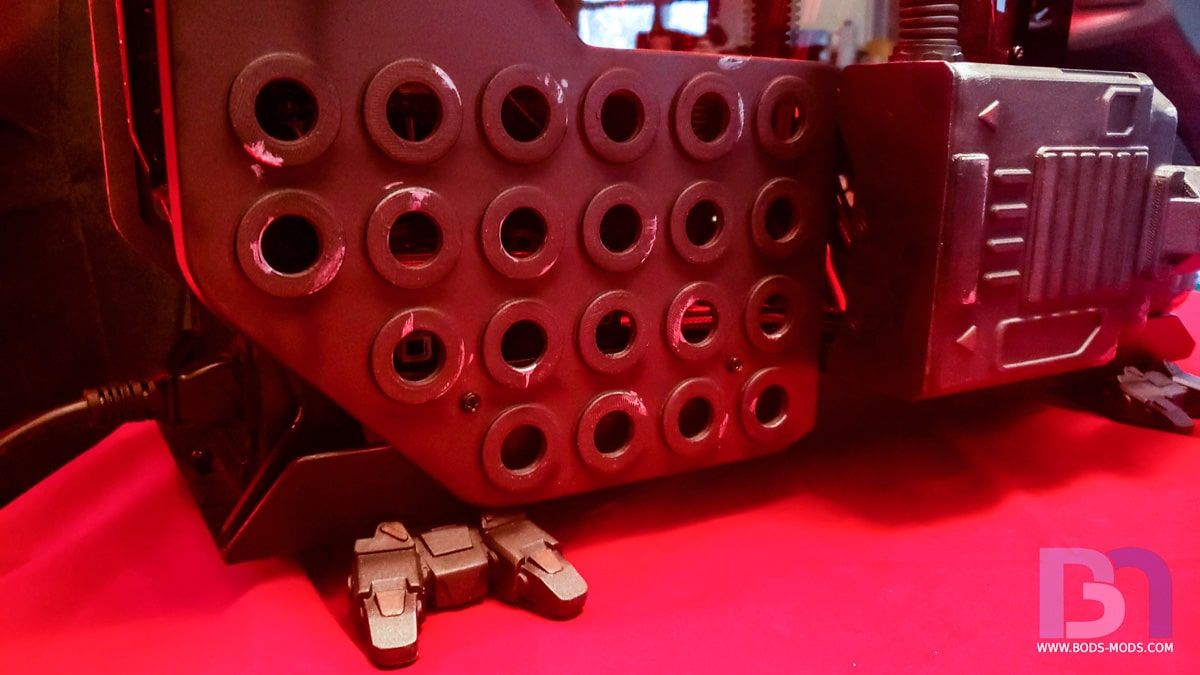 I’m sure some of our readers will recognize more than one of those masterpieces.

This PC is a great example of your work. I understand this was one design chosen out of six – how was the selection made?

I was asked by the PC Gaming Show to build a Mechwarrior - themed PC for a giveaway they were doing for their virtual event last year. To encourage audience participation, we made six different Mech PC designs (one for each of the factions in the game) and asked viewers to vote on which design they would like to see built into a computer. Thousands of votes were tallied, and the Kurita House design was the winning design. Everyone who voted was automatically entered to win it. 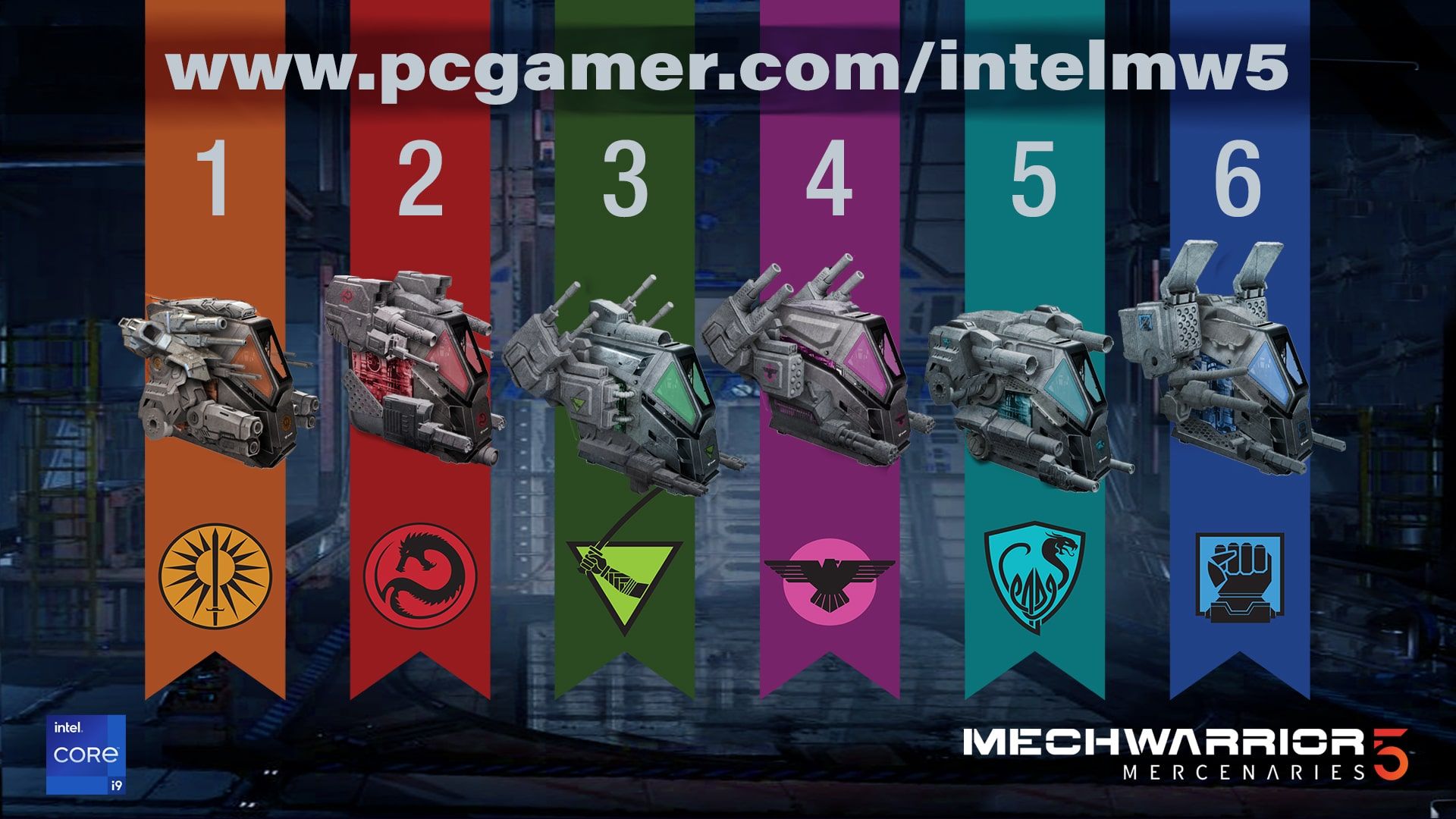 The competitors - all six factions from Mechwarrior 5: Mercenaries 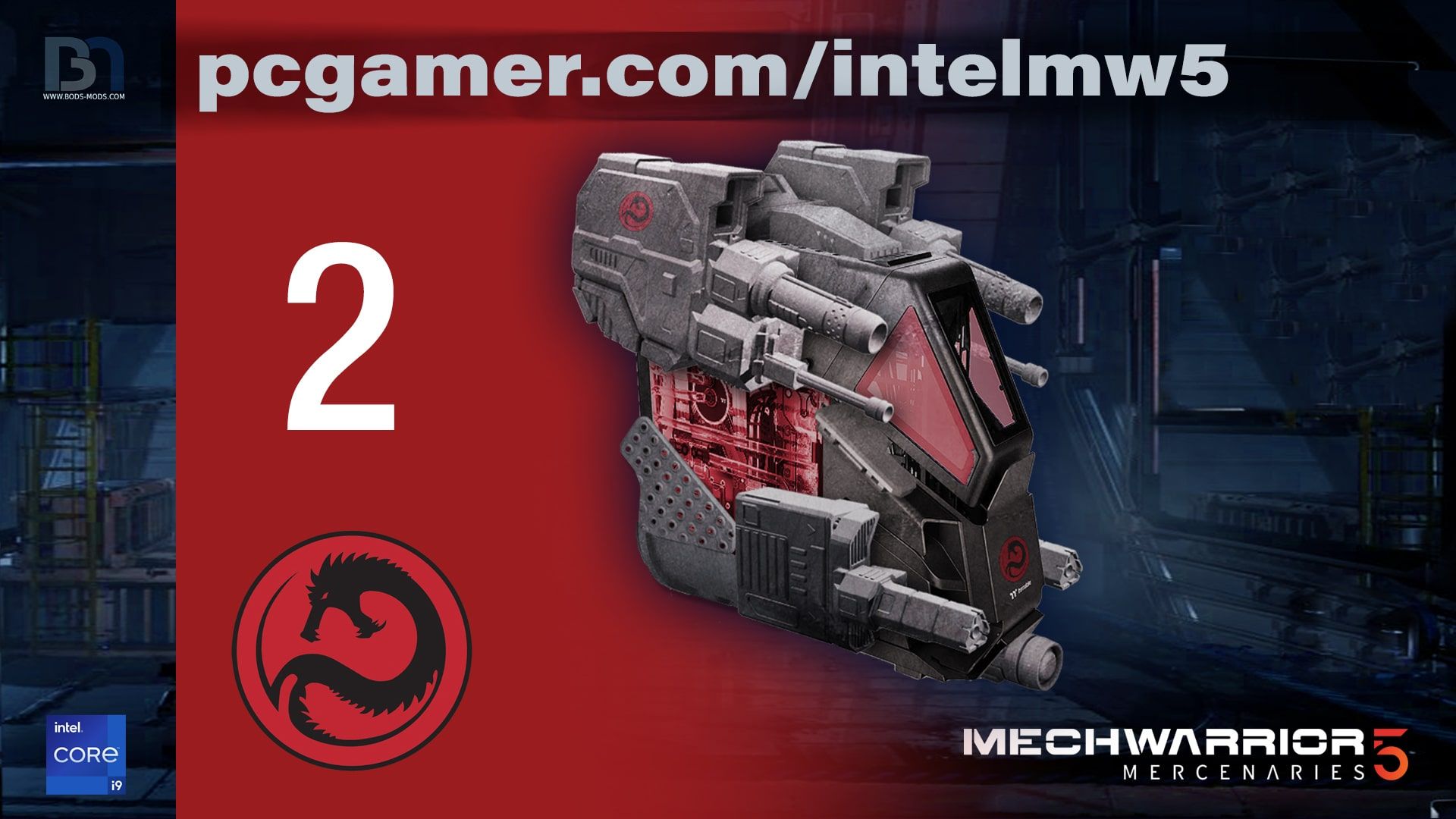 You’ve worked with some big names in the PC industry over the years – was anyone else involved in this build?

The PC Gaming Show partnered with Intel, who provided a Core i9 11900k processor for the build. 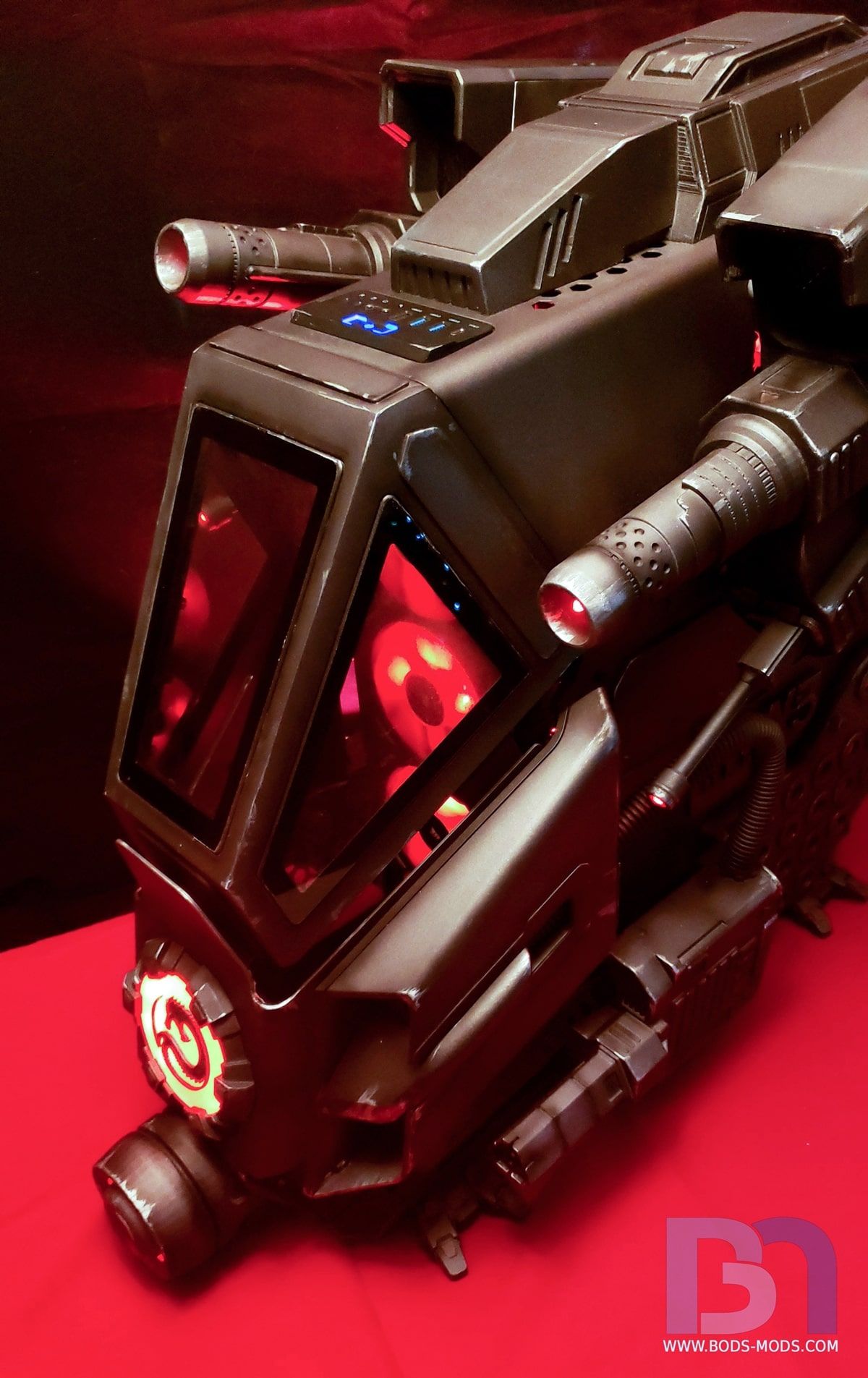 Were you able to settle on a final name for this project?

The PC never really had an official name, it was just referred to as the Mechwarrior 5: Mercenaries PC. 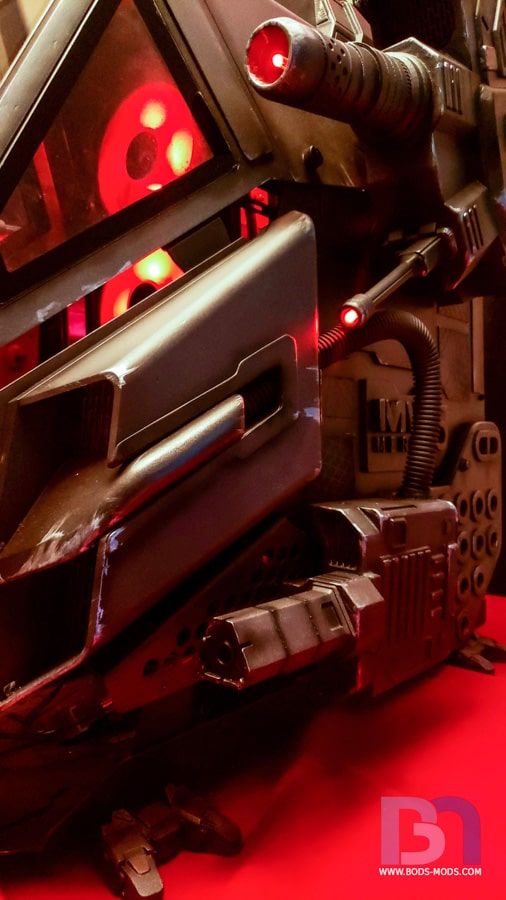 I notice you chose an AIO for CPU cooling instead of a custom loop – was that due to space constraints?

Since this was to be given away in a contest online that was open to the general public, I wanted to keep it as simple and low maintenance as possible. There was no guarantees that the winner would know anything about PC’s, much less be able to maintain a fully custom liquid cooled system. So an AIO was the best choice for this project. 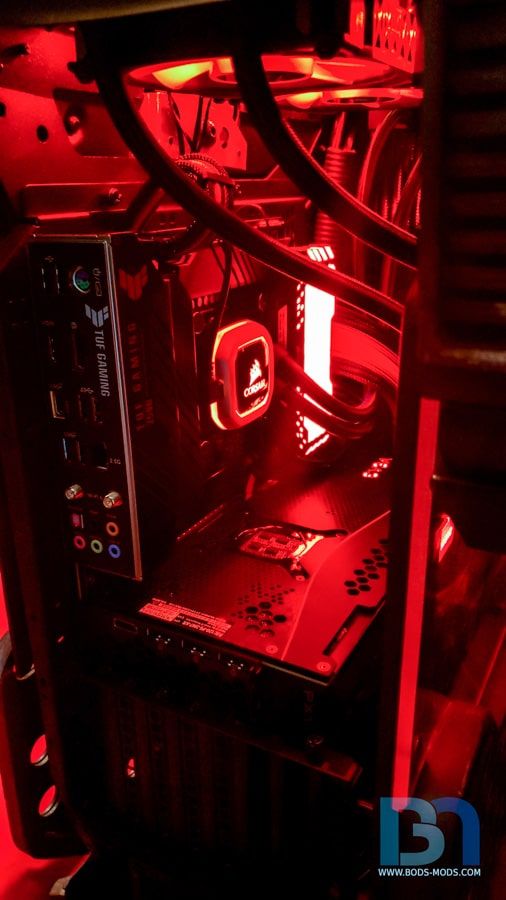 What issues / problems did you run into with this build?

I chose the Thermaltake AH-T600 full tower case because it was obviously the perfect starting point for a Mech-themed PC.. however I was not prepared for how extremely over-built it was! It’s very heavy chassis, with 1/8” steel panels everywhere. I had to shave quite a bit of weight off, which took a while. Then just to rub it in I think, Thermaltake decided to release the T200, a much lighter mini ITX version of the T600, just as I was finishing up the case.. it was like they were taunting me!

Would you do anything differently if you did it again?

I would build it in the Thermaltake T200 mini ITX chassis!  :P  Actually, other than dealing with the case, I think the whole build went pretty smoothly. If I had more time, I would have added a Mech cockpit in the front with a pilot.. Something to look at through the front windows.

It’s all in the details!

Do you have any advice for the aspiring modder?

I would say don’t be afraid to try something new. If you’re not familiar with a certain kind of material or tool, do some research, watch some YouTube videos, and just get some hands-on experience. The more you work with something, the better you’ll get. Buy some extra material and plan on making a piece multiple times to get it right. And don’t settle for just ok, keep doing something until you’re happy with the results.

Also, I highly suggest getting a 3D printer. It’s an invaluable tool that can speed up the modding process. If you aren’t very knowledgeable about building 3D models, there are many sites out there that offer pre-made ready-to-print models at reasonable prices, if not free. You can also create your own 3D models very easily with free programs like Autodesk Fusion360 and Sketchup. With these tools in your arsenal, the possibilities are endless!