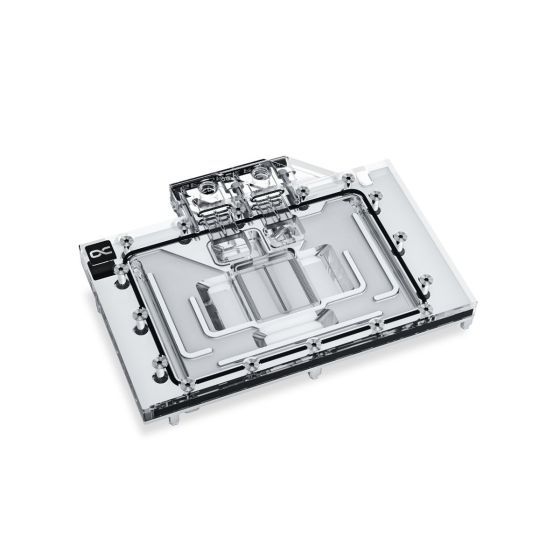 Technical highlights
The fin structure of this generation of ice block coolers was developed together with Nvidia board partners. The fin thickness is 0.4 mm, the distance between the cooling fins is 0.4 mm. This ensures a very good water flow while at the same time increasing the possible cooling surface. The jet plate has a revised inlay that distributes the water pressure better to the fins and optimizes heat absorption. The adjusted water flow helps the water to achieve a better inflow angle.

Chromed copper
The radiator is made entirely of chrome-plated copper. Chrome plating is much harder than nickel plating and therefore less sensitive to acids, scratches and damage. This completely eliminates the risk of nickel plating flaking off. In addition, chrome plating looks much more homogeneous and offers a shine that cannot be achieved with nickel plating. So far, chrome-plated coolers have only been used in the industrial sector in areas where the coolers are subject to extreme influences.